Over 120 German professors of criminal law are supporting an initiative to legalize cannabis. They have called on the Bundestag to discuss the issue. Merkel's coalition is skeptical. 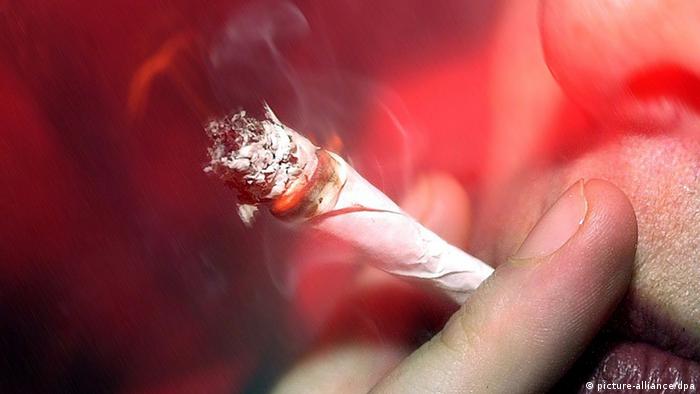 Around 3 million Germans regularly smoke marijuana. Some 14 million are estimated to have tried the drug at least once. It's not punishable by law in Germany to use pot, but it is to sell and grow it.

Several legal experts believe that criminal prosecution of cannabis users doesn't serve the desired purpose. Lorenz Böllinger, emeritus professor of criminal law at Bremen University, founded the ‘Schildow Circle' two years ago. It now consists of 122 criminal law professors who are campaigning to legalize the sale and ownership of marijuana.

In November 2013, the group called on the lower house of parliament to set up a cross-party working group to look into Germany's narcotics laws and assess the efficacy of current drug policies. Now, two opposition groups in the Bundestag, the Greens and the Left party, have agreed to back the idea. Lorenz Böllinger hopes that some Social Democrats could follow suit. At least 120 parliamentarians are needed for the commission to be set up. The two opposition groups alone have 127 seats in the parliament.

"Marijuana consumers are being criminalized," Böllinger has criticized, because they are forced to buy the drug expensively off black market dealers. They could get involved with the wrong people, said Böllinger. "It can ruin young people's lives - and most of those who try weed are young people - if they are caught and the charge appears on their criminal record. They may have difficulty getting a job, or could be stripped off their driving license, etc. In short, it could send them off the rails."

Marlene Mortler, Germany's commissioner on drug-related issues, strongly rejects the legalization of cannabis, pointing to health risks. "We must not underestimate the health risks for young people, in particular," reads a statement on the commissioner's website. "Regular cannabis consumption leads to considerable health damage, and can lead to psychoses and addiction." 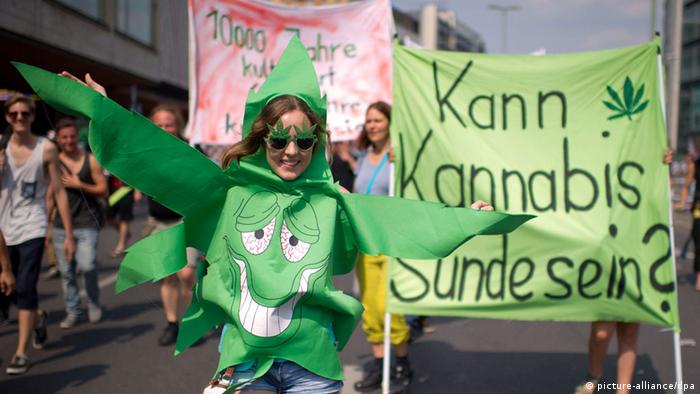 Many Germans are in favor of cannabis legalization

But Böllinger rejects these arguments. Cannabis, he says, is only dangerous for people who have an inclination for addiction anyway. And if the dug were legal, he argues, there would be the option of educating young people about the risks of marijuana consumption - much like prevention campaigns about alcohol and cigarette consumption.

Drug dealers are a source of danger

There is another reason why Böllinger and others are campaigning to decriminalize cannabis: the desire to improve quality controls. Georg Würth, chairman of the German cannabis association, tells the story of a drug dealer in Leipzig who had cut his cannabis with lead sulfide. As a result, more than 100 people were hospitalized. "The problems with diluents have drastically increased over the last few years," Würth told DW in an interview. "Some add sugar and liquid plastic which dries on the weed."

The campaigners for legalization argue that it would be much easier to control the use of dangerous diluents - if cannabis were legal in Germany. 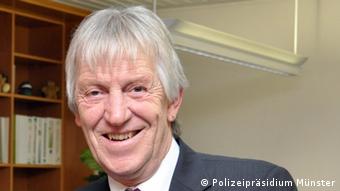 Hubert Wimber is a policeman who supports the idea of legalizing cannabis.

”Hubert Wimber, superintendent with the Münster police, is also in favor of changing German law. "Criminal prohibition has failed," Wimber told DW, adding that the threshold to use cannabis was very low despite the ban. Too much money was spent on prosecution and too little on prevention and rehabilitation. Wimber doesn't believe that legalization has a chance with the current German government. But he still supports the initiative.

"Occasionally, Germany can learn lessons from other countries, too,” said Wimber with a twinkle in his eye. He points to the latest success stories of cannabis legalization. Last year, Uruguay became the first country worldwide to legalize the controlled trade as well as the production of cannabis. And in the US, the states of Colorado and Washington have allowed citizens to use marijuana on a recreational basis.

Colorado has become the first US state to allow the legal sale of cannabis for recreational purposes. Activists have compared the legalization of the drug with the end of prohibition. (01.01.2014)

The German government has begun several weeks of expert testimony on liberalizing recreational cannabis use. Health Minister Karl Lauterbach hopes to present a new law in the coming months.