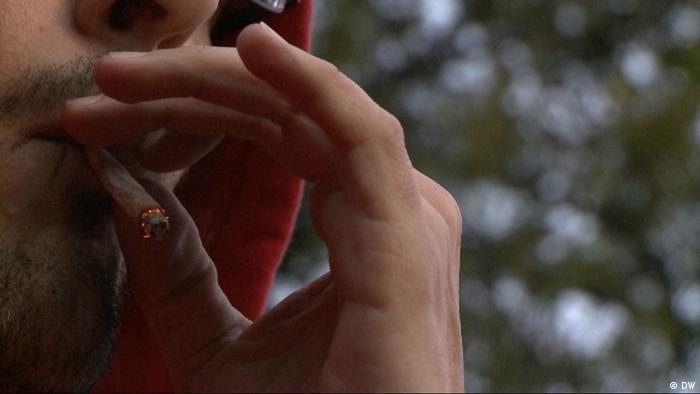 When Monika Herrmann took office as Berlin Kreuzberg's mayor in August, she made cannibis legalization a priority. It's a topic igniting controversy in the city's capital, especially with German federal elections set for Sept. 22. Hermann is following the political footsteps of her predecessor Franz Schulz. She sees pot legalization as a means to tackle the growing drug problem in Kreuzberg's Görlitzer Park, which has developed into one of the city's central drug-dealing hubs.

"If we want to gain control of the dealers and their products, we must manage the distribution," the Green-party politician told Agence France-Presse. The initiative should slowly eradicate the dealers' business and also prevent consumption.

That may be good news for people hoping to chill out in a coffee shop, joint in hand, like in Amsterdam. But the drug policy of the Netherlands shouldn't necessarily be a model for Berlin, Hermann said. Rather, city-run shops should hire salesmen with medical training in order to counsel customers. 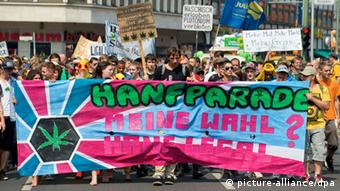 Berlin: at the "Hanfparade," thousands of people demonstrated in August for legalization of marijuana

This marks a significant step for those seeking drug policy reformation. "It's about getting the dealers out of business and creating a structure, in which one can buy cannabis without additives, so it's less dangerous,"Georg Wurth of Berlin's Weed Organization, "Hanf Verband,“ told DW. "We started a campaign of motivating other cities to do the same, open coffee shops or cannabis social clubs, like in Spain, in order to solve all the problems we are facing due to prohibition."

According to German legislation, selling and buying of marijuana are illegal. Consumption, however, is more of a gray area. It's up to each federal state to decide how much marijuana a person may possess without being arrested. Carrying a small amount for personal use has little to no legal repercussions. In Berlin, the limit is set at 15 grams of cannabis, whereas in Hamburg or North Rhine-Westphalia, a maximum of 6 grams is tolerated.

At the moment, however, the call to legalize marijuana is getting insufficient political support. Although the Social-Democrats (SPD), the Left Party, and the Pirate Party are calling for a less restrictive cannibis policy, the local conservatives prefer to maintain the ban. They want police to solve the problem. Berlin drug commissioner, Christine Köhler-Azara finds the idea of opening coffee shops "unrealistic," since German drug policy focuses on prevention and counseling. 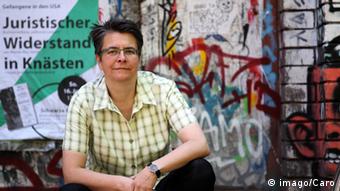 Police spokesman Thomas Neuendorf is also skeptical about the efficiency of opening coffee shops. "As long as there are consumers, there will be trade," he said. On the other hand, he is convinced that increasing raids would trigger dealers to relocate to other areas in the city. By July this year, police had organized approximately 60 special raids in Görlitzer Park. Criminal charges were brought against 170 people, 90 of them allegedly in violation of drug law.

'A question of time'

Meanwhile the drug business goes on as usual in Görlitzer Park. "I haven't experienced aggressive dealers," said a female resident of Berlin Kreuzberg. "They do approach you frequently, though. I wouldn't mind coffee shops in my area."

Marijuana reform will ultimately be decided by the Federal Institute for Drugs in Bonn. For now the matter is currently being debated in the regional parliament of Berlin, and Hoffmann plans to file an application with the respective office.

Germany is not alone in the drug debate. Lately the United States has also revisted the subject of legalizing marijuana. As of August 2013, the US federal government granted states a free hand in determining drug policy. 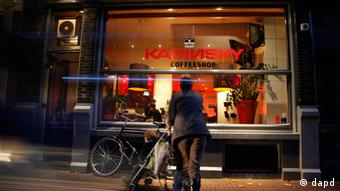 In Uruguay a new marijuana law is also expected to be approved by the Senate this September. The government is preparing to legalize the drug and gain monopoly over its production and distribution.

One of Germany's influencing factors will be the country's approaching state and federal elections, said Georg Wurth.

"With a conservative government, there might still be problems, and it will take some more years until it happens," Wurth said. "But I'm enthusiastic at the moment, and I think we will get it done. It's just a question of time."

Tobacco, alcohol and cannabis consumption has fallen among younger Germans, according to the latest report from Germany's Drug Commission. Meanwhile, the commission warns that designer drugs are taking off. (29.05.2013)

A German court has ruled in favor of allowing seriously ill patients to grow their own cannabis for medical treatment. But the ruling, with certain stipulations, could still prevent self-cultivation for some patients. (27.12.2012)

People in eight Italian cities unknowingly snort cocaine and other drugs every time they go outside, a study reveals. But the low levels at which the drugs occur mean no one is getting high walking around the block. (25.12.2012)