The small Baltic nation of Latvia has requested to become the 18th nation to use the euro. However, with the debt crisis far from over, Latvians are afraid to trade their lats. 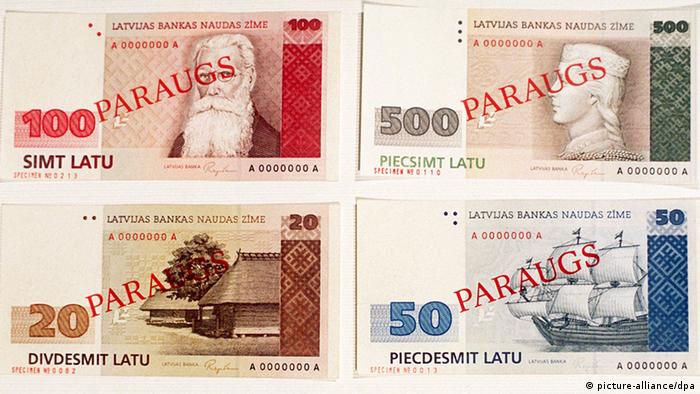 Latvian Prime Minister Valdis Dombrovskis has signed a formal request applying for eurozone membership, a spokesman for the government in Riga said on Monday.

The application would be handed over to EU Monetary Affairs Commissioner Olli Rehn on Tuesday, the spokesman said. Latvia is seeking entry into the eurozone by January 1, 2014.

Latvia's cuts to get a bailout are hurting

The move has been widely expected because the country's basic economic figures - including public debt levels, the budget deficit and the national inflation rate - are all better than required by the European Central Bank (ECB) for membership.

Latvians, who only regained independence after Soviet occupation in 1990, are reluctant, however, to give up their national currency, introduced in 1993. Recent opinion polls showed that two-thirds of the population was against swapping their Lats and santims for the euro.

Latvia would become the second of four Baltic states in the eurozone, after Estonia joined in 2011. It is expected that the ECB will decide on the request in June.

Latvia is getting ready to introduce the euro in January 2014, but politicians worry about little support for the single currency. Only 30 percent of Latvians want to switch from lats and santims to euros and cents. (21.01.2013)