A massive German rail strike planned for Monday, March 9, has been called off thanks to an agreement between train drivers and rail operator Deutsche Bahn. The deal signals the end of an 11-month wage fight. 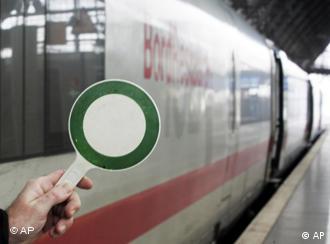 Two days of emergency negotiations averted an open-ended strike which threatened to plunge Germany into transportation chaos by halting most passenger, freight and suburban trains.

The German train drivers' union GDL planned to have its members walk off the job first thing Monday morning. The strike would have affected half of regional passenger services in western Germany and 90 percent of those in the eastern part of the country where GDL has high membership.

"It's a good day today, and what we had planned from tonight...will not happen," the head of GDL, Manfred Schell, told reporters Sunday. 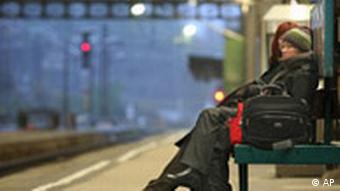 Germany's state-owned Deutsche Bahn had insisted that all three union representing railway employees be part of a collective wage contract. This angered the GDL, which had come to a separate agreement with Deutsche Bahn in January after months of negotiations that included several strikes.

Bahn chief Hartmut Mehdorn said his company had agreed on terms with the GDL and its two rival unions, Transnet and the GDBA, which represent the bulk of the railway's employees.

Train drivers will be granted a special status "that will fit into Deutsche Bahn's collective wage contract without problems," Mehdorn said.

"We have a result which brings calm for the next few years," Mehdorn told reporters. "I am very happy for Deutsche Bahn and for our clients." 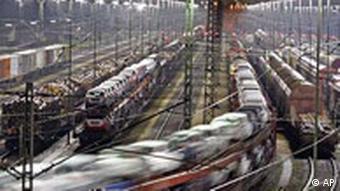 There was concern that a strike would hurt the German economy

In Berlin, a separate, ongoing wage disagreement brought local transportation services to a halt on Wednesday. There had been concerns that the GDL strike would further paralyze the city.

Germany had also been faced with warning strikes from public sector employees represented by the trade union Verdi. Those were put on hold Friday to give arbitrators a chance to try and reach a compromise over pay and working hours. The agreement covers some 2 million federal and local government staff.

The head of Germany's BDA employers association, Dieter Hundt, said excessive wage deals could “threaten the current positive development of the economy and of the labor market."

"Continued strikes could lead to a situation, where the number of unemployed will be decreasing by less than the expected 300,000 to 400,000 this year," Hundt told Bild am Sonntag newspaper.

German rail operator Deutsche Bahn said it had gone to court in a bid to block a threatened strike by train drivers next week. Seperately, pay talks collapsed between public sector employers and unions. (07.03.2008)

Strikes in various public services sectors in 11 German states are threatening to throw the country into chaos. Verdi, a giant services trade union, called for the strikes in protest over ongoing wage negotiations. (03.03.2008)

Do you think wages are too low in Germany? Please include your name and country in your reply.