German lender Commerzbank and auto-maker Volkswagen are among the first major companies to unveil new bonus systems that tie incentives to long-term performance. However, there are still many challenges to be tackled. 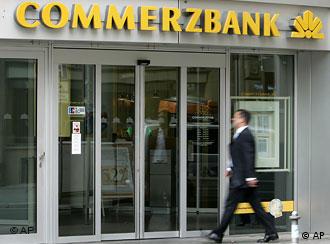 Following harsh public criticism of "excessive" bonuses for bankers and top-level managers, a number of major German companies are now moving to reform their bonus systems.

Among them are the partially state-owned Commerzbank and Europe's biggest carmaker, Volkswagen. Starting next year, VW will introduce a so-called "long term bonus" plan, in which managers will be rewarded according to customer and employee satisfaction, as well as their achievements in sales and the company's rate of return. In addition, VW will no longer offer stock options.

VW Director of Human Resources Horst Neumann confirmed that the new system, developed over the course of the past year, has already been agreed upon. "We want there to be a close relationship between bonuses and strategic objectives," he told German press agency dpa.

In 2008, VW's top five managers earned base salaries worth a combined total of 5.3 million euros, 12.5 million euros in bonus money, and millions more in stock options.

Under new company regulations, however, the fixed components of their salaries will account for about 30 percent of their remuneration, and any extra pay will be contingent on performance over a span of four years. There will also be limits to how much bonus money is paid. 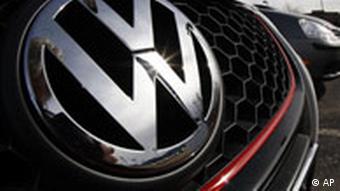 If business is bad, managers won't be able to expect any extra euros to flow into their pockets. "If we don't earn any money, that means the performance results can't be very good, and there will be no bonuses," said Neumann.

"Somehow when it came to the remuneration of managers, people got the impression that there were all these superstars. And I got suspicious when it became clear that according to their pay checks, there were rather many superstars, and sometimes they were very much concentrated in certain companies with a certain culture of remuneration that didn't look particularly plausible," Weizsaecker told Deutsche Welle.

At Commerzbank, which was one of the first private banks to be bailed out by the German government last November, share prices and long-term economic development will determine the size of bonuses paid to bankers. As of January 2010, managers' pay packets will decrease if they fail to meet specific benchmarks.

Weizsaecker said other companies may follow suit, despite numerous details in the new bonus system that still need to be worked out.

"It's a challenge. The old short-term incentive system didn't really work very well. At the same time you do want to have incentives for managers, so I think it's going to be watched with great interest," said Weizsaecker.

According to Chairman of the Board Peter Mueller, Commerzbank has fufilled all of the remuneration guidelines laid out at a recent Group of 20 meeting.

Executive compensation has been a major point of debate in light of the global financial crisis, both within the German government and on the world stage. 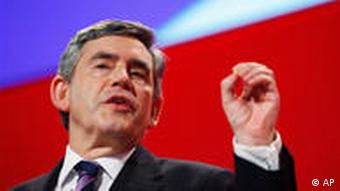 The UK is targeting bankers' bonuses with a 50 percent tax

Earlier this month, the UK introduced a 50 percent tax on bankers' bonuses that exceed 25,000 pounds (about 28,000 euros). On Wednesday, France adopted a similar scheme, but only for those trading financial instruments. Angela Merkel has called the extra-tax on bonuses "an attractive idea".

"We want banks and their businesses to pay a share, that the burdens of the crises are shared and not loaded on to taxpayers alone," she said at a meeting of European center-right leaders in the German city of Bonn earlier this month.

In a poll conducted by the weekly German newsmagazine Stern, 56 percent of 1,000 people surveyed supported taxing banker bonuses; 36 percent opposed the measure, while eight percent had no opinion.

Angela Merkel has come on board with Nikolas Sarkozy's plans for tougher rules when it comes to bank bonuses. They plan to try to get the rest of the EU on board before September's G-20 meeting. (31.08.2009)

French President Nicolas Sarkozy's visit to Berlin aims to find common ground between Germany and France ahead of the G-20 summit in Pittsburgh, where Paris will push for global rules limiting rewards for traders. (31.08.2009)

Schleswig-Holstein's premier Harry Carstensen has called on one of the region's most prominent bankers to return a bonus worth 2.9 million euros ($4.13 billion), saying there was no "moral justification" for the payment. (26.07.2009)