Laos is not a cozy place for NGOs

Life is hard for local as well as foreign non-governmental organizations in Laos. The government alone decides over what is permitted and what is not – with the threat of consequences hanging in the air. 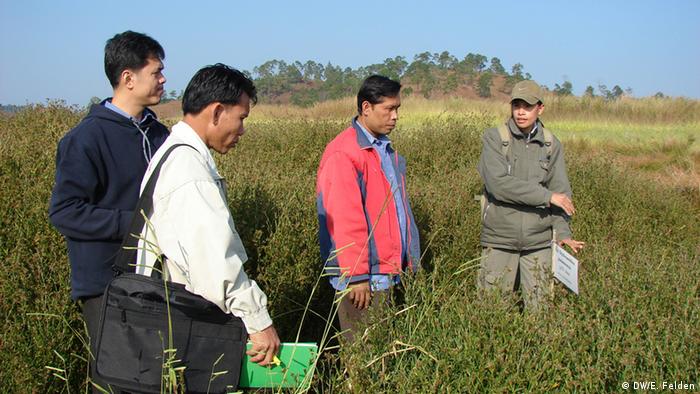 NGOs have to work under permanent state supervision in Laos, a one-party state governed on socialistic lines. For an NGO, not playing according to the rules can have severe consequences. As Phil Robertson, deputy director for Asia at Human Rights Watch, told DW: "The Laotian government has never really been very friendly towards NGOs, and has forced them as well as other development partners sent by the UN to cooperate with state-controlled organizations. The Laotian leadership does place much value on transparency or dialogue with civil society."

By now Laos is well on its way to becoming the most repressive country in the region, which shows in diverse ways, such as the latest control measures for the Internet which came into effect last September, thus restricting the freedom of expression in the country even further.

More than five months after the recent general election, the human rights situation in Bangladesh is deteriorating. HRW's Brad Adams tells DW the lack of rule of law is hindering the work of rights groups in the country. (27.06.2014)

After embarking on perilous journey and spending their last financial reserves to flee instability in Thailand, hundreds of thousands of repatriated Cambodians don't know what comes next. (23.06.2014)

Laos is the poorest member of the ASEAN group of states and dependent on foreign aid. Its GDP is roughly one-fifth of neighboring Myanmar. To encourage the long term development of the country, a "round table process" was set up in 1983 in which the government and the NGOs as well as donor countries meet every three years at a conference presided over by the political leadership and the United Nations. This year's round table talks begin today, but with a certain amount of tension, since the situation of the NGOs has significantly deteriorated over the last two years and it is feared that the decline will continue.

The Hong Kong-based South China Morning Post daily recently carried a report on supposed plans of the Laotian government to tighten the regulations for the licensing of NGOs. Apart from that, the NGOs will be under an obligation to inform the finance ministry in case they receive large donations from abroad. They will be barred from receiving the funds in case they fail to inform the government. Further, the operation of the NGOs will be limited to specific areas such as agriculture, education, public health, science or sport, in the future - and not extend to such sensitive areas as the construction of a civil society.

The work of the NGOs represents a threat – counts even as the run-up to a coup – in the eyes of the government, which is trying to counter the threat by increasing its control, according to Robertson. If the rumors regarding the new regulations prove to be true, then it will have far-reaching consequences, he fears. Many foreign NGOs may decide to leave the country, a loss which will have to be borne by common Laotians. And that exactly will be the reason why many NGOs will choose to remain and work in the country, despite all adversity. 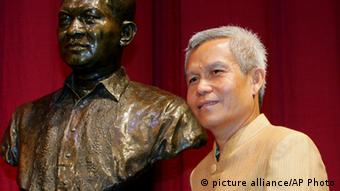 Anne-Sophie Gindroz of the Swiss non-governmental organization Helvetas was ordered to leave Laos two years ago: an outright deportation because Gindroz had fallen out of favor with the government. In the autumn of 2012, the Asia Europe People's Forum had been held in Vientiane, the capital of Laos. The forum provided an opportunity for NGOs as well as members of civil society to discuss issues such as human rights. Gindroz was one of the organizers of the forum, and within weeks she was ordered to leave the country.

In December 2012, a well-known Laotian activist – and a Ramon Magsaysay award winner as well – was kidnapped on a public thoroughfare in Vientiane. Sombath Somphone's abduction took place right in front of a police checkpoint fitted with monitoring cameras. He too was an organizer of the Asia Europe People's Forum. No trace of him has been found to this day. Most observers suspect that the order to abduct Somphone came from the highest government circles.

Incidents such as Gindroz's deportation or Somphone's abduction have created an atmosphere of fear in which nobody is ready to speak publicly about political or social issues – especially not to journalists. Even the most daring and outspoken prefer to remain anonymous. "And that is exactly what the government wanted," Robertson says.