The Gulf state said it called in the charge d'affaires after the US Embassy posted a picture of the LGBTQ flag on June 1 to mark the start of Pride Month. 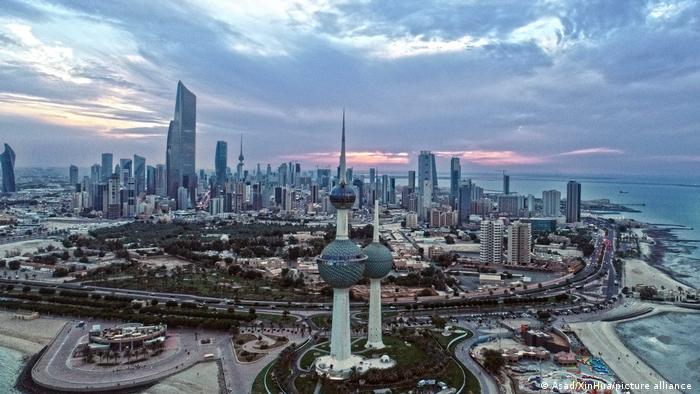 The Kuwaiti Foreign Ministry said Friday it had summoned the top diplomat at the US Embassy to object to social media posts on Twitter and Instagram in "support of homosexuality."

On June 1, the embassy posted a picture of an LGBTQ flag, known as the progress flag, and quoted US President Joe Biden, "All human beings should be treated with respect and dignity and should be able to live without fear no matter who they are or whom they love."

How have Kuwait and Kuwaitis reacted?

In a statement, the ministry said it had summoned US charge d'affaires James Holtsnider on Thursday over "social media references and tweets supporting homosexuality."

The ministry said Holtsnider had received a memo "confirming Kuwait's rejection of what was published and stressing the need for the embassy to respect the laws and regulations in force in Kuwait."

Kuwaitis reacted on social media to the embassy's posts with outrage, suggesting the pro-gay message was in conflict with the Muslim beliefs of the majority of the people.

Holtsnider has been the top diplomat at the US Embassy in Kuwait City following the April departure of Ambassador Alina Romanowski at the conclusion of her tenure.

Why are the tweets problematic in Kuwait?

Kuwait legally bans homosexuality, as do several other Muslim countries.

In the region, the US Embassies in Bahrain, Saudi Arabia and the United Arab Emirates also posted messages in support of Pride Month. The holiest sites in Islam, Medina and Mecca, are located in Saudi Arabia.

In February, though, Kuwait's Supreme Court reversed a ban on imitating the opposite gender, a move hailed by Amnesty International as a breakthrough for transgender rights in the Gulf state.