Kroos, Neuer and Müller all missing from Löw's new squad

Germany's national team coach Joachim Löw has named a 20-man squad for games against the USA and Gibraltar. A host of World Cup winners are out of the team, due to fitness concerns. 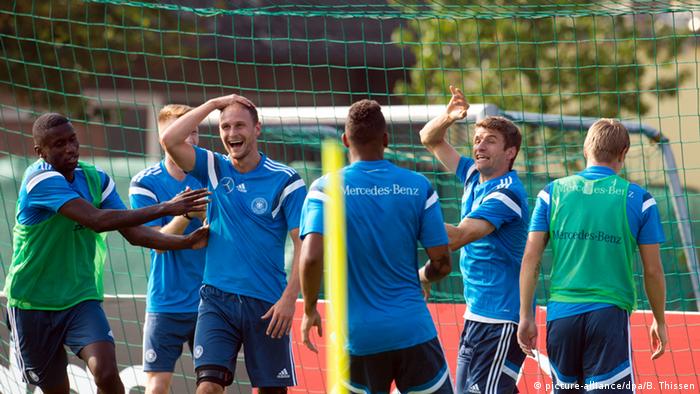 Bayern Munich goalkeeper Neuer is suffering from a series of niggles from the Bundesliga season while team-mate Müller and Real Madrid midfielder Toni Kroos are tired after the long campaign. Injury-prone duo Marco Reus and Julian Draxler have also been left out but could be called up in emergencies.

"I’ve been able to count on them a lot recently. They deserve a break," Löw said in a statement on the German Football Association (DFB) website. "I have one eye on the next set of qualifiers and on next year’s European Championship, should we reach it."

Löw's side is due to take on the United States in a friendly on June 10 in Cologne and play a EURO 2016 qualifier against Gibraltar in Portugal three days later.

Borussia Mönchengladbach attacker Patrick Herrmann, who has helped his Bundesliga side to Champions League qualification this season, is in line for his national team debut against the US in Cologne.

Löw has called up a total of 20 players, 13 of whom won the World Cup in Brazil last year. 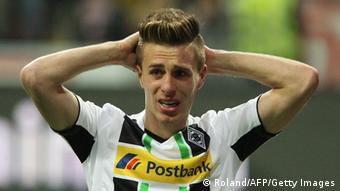 Time to debut? Patrick Herrmann from Borussia Mönchengladbach has been in good form this season

"We are not playing against each other for the first time, but of course these duels with Jürgen as US coach always have a special feeling," he said.

The last time the two teams met was at the World Cup, where Germany managed a tight 1-0 win thanks to a goal from Müller.

After the US game, the team will travel on to Faro in Portugal to face European minnows Gibraltar on June 13. Germany are currently second behind Poland in EURO qualifying Group D, but are on course to reach the finals in France.

Ahead of the U21 squad's training camp, coach Horst Hrubesch has named an impressive squad for the European Championships, which kick-off next month in the Czech Republic. The squad will be cut down to 23. (26.05.2015)