Kosovo's economy, which is plagued by high birth and unemployment rates, relies heavily on the earnings of its diaspora. But there's light -- and euros -- at the end of the tunnel for the break-away Serbian province. 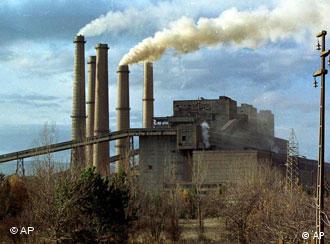 Energy could be the key to economic upswing in Kosovo

With an estimated gross national income of $1,100 (758 euros) per capita, Kosovars' income is similar to that of people in Ethiopia and Zambia -- and 10 times lower than Bulgaria and Romania, the European Union's newest members.

This month, both the United Nations and the EU are independently rethinking the future of their involvement in the province, which has been under UN administration and NATO protection since a war ended in 1999. Meanwhile, the Albanian majority expects its politicians in Pristina to declare independence from Serbia -- as they promised in their December campaigns.

But rebuilding Kosovo's economy won't be an easy task when confronted with the following statistics. 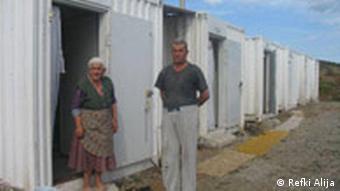 Over 18 percent of the population is undernourished

Half of the population doesn't get enough to eat, political scientist Behlul Beqaj estimated, and there aren't enough jobs to go around. A third of its 2 million residents are under the age of 14. Each year more job-seekers flood the labor market as birth rates soar beyond European records.

Unemployment is at about 330,000. Of those who have jobs, many work in the public sector, which is the largest employer. People who work for international organizations earn the highest salaries. The private sector consists mainly of shops and most businesses employ only two or three people at minimum wage.

The rest of the population tries to make a modest living on the black market and waits for money transfers from relatives abroad. Some 375,000 of Kosovo ethnic Albanians live and work in the United States, Germany or Switzerland. In total, emigres send as much as 450 million euros back home each year, which represents half of Kosovo's entire budget.

Rexhepi said opening the market for foreign investment would ease the situation, as would opening the borders for jobless Kosovars to seek employment abroad.

A light in the dark

Despite the dire conditions, the province's energy sector is seen as a ray of hope. Even though Kosovo's electric company only produces 800 megawatts of electricity each day, 80 percent of what's needed, and it can't afford to buy more from neighboring countries. 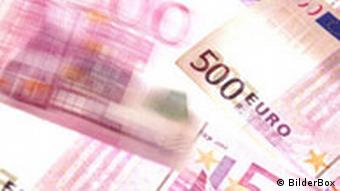 The euro is the official currency in Kosovo

"Thanks to the large coal deposits, Kosovo should be able to export electricity," said Nezir Sinanin, spokesman for the Kosovo C power plant, which is hoping to up output to 2,100 megawatts by 2014.

Serbia remains Kosovo's most important trade partner, along with Macedonia and Croatia, though the Serbian government has already threatened an embargo if Kosovo declares independence.

That would mean a price increase of at least 10 percent, while prices in Pristina -- where the euro is the official currency -- are already comparable to those in the EU.

The German commander in Kosovo, Robert Bund, told DW-WORLD.DE that the people of Kosovo expect a lot from Europe and the US. He said the situation in the Serbian province remains calm but not stable. (22.01.2008)

As expected, Serbia's presidential election next month's election will be a showdown between Boris Tadic, a pro-Western candidate, and a nationalist Tomislav Nikolic, who favors closer ties to Russia. (21.01.2008)

The foreign ministers of Germany and Serbia said that they were hoping that the Balkan nation would soon be able to sign up to a key aid and trade pact with the European Union. (11.01.2008)