Kosovo leaders angrily reject accusations of past serious crimes | Europe | News and current affairs from around the continent | DW | 16.12.2010

Kosovo leaders have rejected accusations that they were involved with serious crimes during their country's struggle for liberation from Serbia. But Serbia is saying that the claims show the "true face of Kosovo." 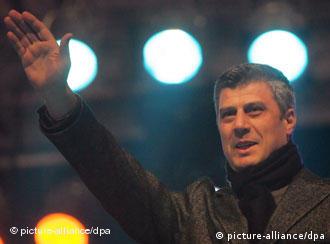 Hashim Thaci is angry at the accusations

The Kosovo prime minister, Hashim Thaci, has dismissed as "scandalous" a report accusing him and other Kosovo leaders of involvement in organ trafficking.

The report was officially presented to the Council of Europe's legal affairs committee on Thursday by a special rapporteur, Dick Marty. It said that Thaci had headed a group within the Kosovo Liberation Army (KLA) which operated a serious of unofficial prisons in Albania and that organs were forcibly extracted from prisoners to fund the military struggle against Serbia in 1998 and 1999.

Thaci said the aim of the report was "to devalue both the KLA and the independence of Kosovo."

The deputy president of the Kosovo parliament, Xhavit Haliti, who is named in the report as one of the main people involved in weapons, drug and organ trafficking, described the accusations as "absurd." 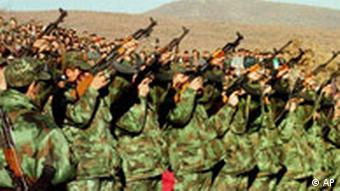 No-one can deny that the KLA needed weapons

He told Deutsche Welle that most of the accusations had surfaced directly after the war.

"The KLA never smuggled drugs or had help from drug smugglers," he said. "The accusation about organ trafficking is very odd, since there never was anything like that. And as for arms smuggling: everyone knew we were interested in weapons, because we were at war with Serbia. But there was never any smuggling. We bought weapons to fight with, and there was no need to hide the fact."

Haliti wants Europe and the United States to set up an expert commission to examine the accusations in detail. The Kosovo interior minister, Bajram Rexhepi, said he would support any investigation of the claims by the Kosovo police.

"The police is ready," he said. "The representatives of [the European police mission] EULEX have also said they will investigate, but only on the basis of the facts and not on the basis of assumptions. But if these accusations are without any foundation, then the one who made them must be held to his responsibility, since these are very serious accusations." 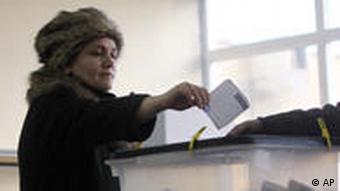 The report was published only four days after general elections in Kosovo in which Thaci's party won the most votes. But Rainer Stinner, German parliamentary spokesman for foreign affairs of the liberal Free Democrats - the party of the German foreign minister, Guido Westerwelle - does not think the report's motives are political.

"You can speculate," he said, "but I have no reason to think that it was deliberate. The accusations have been around for some time. The report is very details, but when you read it, you find a lot of assumptions and conclusions. I'd be interested to see whether it would stand up in a court of law."

But Stinner does think it will have political consequences.

"On the one hand, Serbia will feel justified in its attitude towards Kosovo. On the other, the international community has received a shock and will have to work how it will deal with Mr Thaci."

Vladimir Vukcevic, the Serbian war crimes prosecutor who has led an investigation into the alleged organ trafficking said that he had evidence that around 400 Serbs and 100 "non-Albanians" had organs removed. He offered to cooperate with colleagues in Kosovo and Albania, and said that his investigations were much further forward than those of Dick Marty.

However, the Serbian president, Boris Tadic, said he would not preclude a dialogue with the Kosovo prime minister until the accusations were confirmed or disproved.

United Nations calls for direct talks between Serbia and Kosovo

The United Nations General Assembly has passed a resolution calling for dialogue between Serbia and Kosovo. However, a dispute over the presence of Kosovo officials at the session underlined ongoing tensions. (10.09.2010)