Kosovo's Constitutional Court has decided to suspend an EU-backed agreement on the rights of the Serbian minority. Serbia's foreign minister accused Pristina of 'mocking' the EU and other international partners. 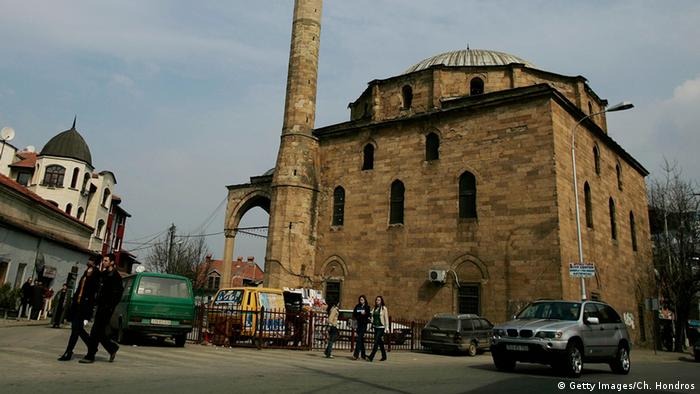 The judges' decision has put the the agreement on Serbian minority rights on ice until the court determines whether it is in line with Kosovo's constitution, officials said on Tuesday.

The decision temporarily "bans conducting further legal actions" based on the agreement which would allow association and a degree of autonomy for Serbian communities in Kosovo, the judges added.

The suspension does not predetermine the court's final decision which could come in early January, according to media reports.

The deal is a key element of a laborious, EU-brokered effort to normalize relations between Serbia and its former province which is populated mostly by Albanians.

Kosovo declared independence from Belgrade in 2008, nine years after the war for secession which ended with NATO air strikes against Serbian targets.

Nationalists in Pristina have slammed the Brussels negotiations, holding street protests, putting pressure on the prime minister, and breaking up parliamentary sessions with tear gas.

The opposition believes that linking Serbian communities would create conditions for Kosovo to be partitioned along ethnic lines.

"The basis of the Brussels accord is the creation of the association of Serbian communities, and this move from Pristina represents a major blow to the Brussels dialogue," he said.

Dacic also accused the Kosovo authorities of "mocking" the EU and the international community.

"We await the reaction from the US and the EU, as they would already express the sharpest condemnation if it were Serbia suspending an accord," he added.

Locked in a struggle

The United States, Germany and most members of the European Union have recognized Kosovo's statehood.

Serbia and its diplomatic allies, most notably Russia, reject the idea and have resisted Kosovo's efforts to join international bodies as a sovereign state.

The decision to freeze the agreement comes a day after Kosovo failed to gather enough support to join UNESCO, in a move celebrated as a diplomatic victory in Belgrade.