Pristina has denied entry to Serbian President Tomislav Nikolic in response to Belgrade refusing entry to Kosovar officials. The leader has wanted to visit a monastery for an Orthodox Christmas celebration. 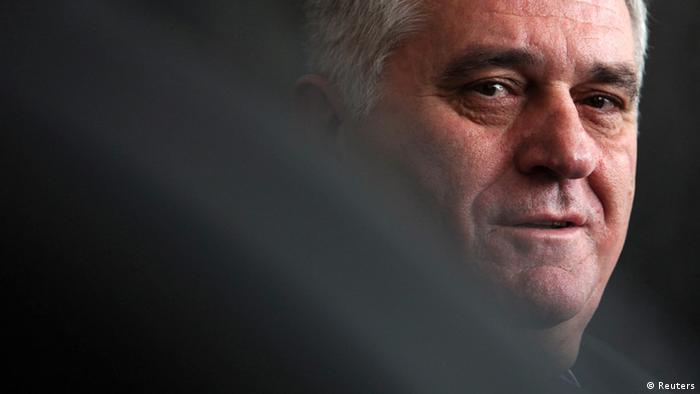 Kosovo officials on Saturday said they had rejected the Serbian president's entry request to visit to the Gracanica monastery to attend an Orthodox Christian Christmas service on Monday.

The denial of entry to Nikolic was said to have come in response to four Kosovo government ministers being refused entry to Serbia during 2012.

Kosovan Deputy Premier Hajredin Kuci told the newspaper that Nikolic would be allowed to visit only once Serbia permitted Pristina officials to visit ethnic Albanians in southern Serbia.

"Nikolic will be able to visit Kosovo only when [he] provides reciprocity in visits for our leaders," Kuci told journalists, adding the decision had been made in consultation with international partners.

The message was reinforced by Kosovo, Interior Minister Bajram Rexhepi said at a news conference on Saturday. "If our officials are not allowed to go to Serbia certainly we will apply the same measures," said Rexhepi.

Nikolic, who once headed Serbia's ruling nationalist Progressive Party, said that the European Union authority had shown bias by allowing Kosovo authorities to make the decision on whether he could enter. EULEX said that it had no jurisdiction over regulating visits, deferring this to authorities in Kosovo.

Most of Kosovo's population is ethnically Albanian, with Islam the predominant religion.

Serbs celebrate Christmas on January 7 in accordance with the Serbian Orthodox Church which adheres to the Julian calendar instead of the modern, more widely-used Gregorian.