Korean film comes out on top in Venice

The South Korean movie 'Pieta' has won the Golden Lion award at the Venice Film Festival. Director of the film, Kim Ki-duk, says his film is a criticism of extreme capitalism. 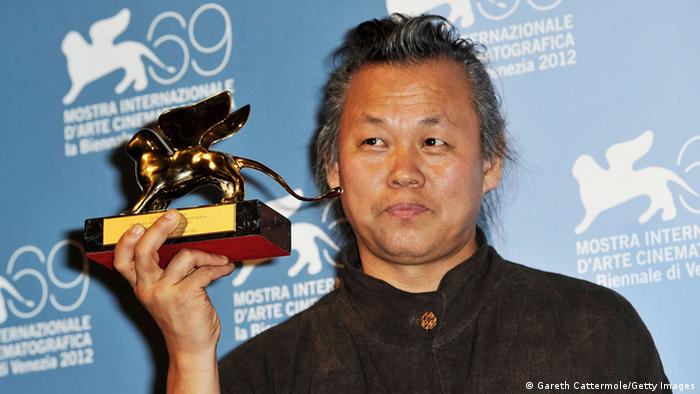 "Pieta," which is Kim's 18th film, tells the story of a heartless debt collector, who preys on worn-out workshops in a district in Seoul that is being redeveloped. He is forced to examine his values when a woman claiming to be his mother walks into his life. The character undergoes an emotional struggle for redemption involving and has an unhealthy relationship with the woman.

Kim said "Pieta" was a movie that denounced "extreme capitalism," adding that the third protagonist in his film was money.

"It's been three years since I've done a feature film and for me this is a new start," Kim told the media. 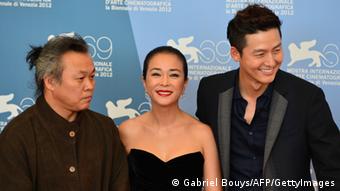 'Pieta' is praised for its intensity

The eccentric South Korean director delighted the audience at the award ceremony by singing the Korean folk song "Arirang" on stage while thanking the jury. Kim said: “This is a song that we Koreans sing when we are sad, when we feel alone, when we feel desperate, but also when we're happy."

Hollywood producer and director Michael Mann, who presided over this year's jury at the festival, was full of praise for "Pieta," which he said "seduced you viscerally."

Kim's films, often viewed as too violent and idiosyncratic for common moviegoers, have mostly flopped at box offices. But South Korean moviemakers and filmgoers were delighted over his success at the Venice Film Festival.

"Today I'd like to sincerely congratulate Kim, who has … been an outsider particularly at home," Shim Jae-myung, a South Korean film producer tweeted on Sunday.

"Kim's winning of the Golden Lion ... is the biggest news in the history of South Korean cinema," Kim Dong-ho, the founding director of the Busan International Film Festival, told the media.

Movie director Lee Hyeon-seung said he felt both "proud and shameful for Kim Ki-duk's winning (of the prize) because there was nothing the local movie industry has actually done for him," Lee tweeted.

A lot of young Pakistanis are making movies, which they say are entertaining and at the same time give out a strong message. But is the new Pakistani cinema representative of its society? (03.09.2012)

Burmese filmmakers tell stories of a country in transition

As Myanmar undergoes a political transition, a film academy is supporting creative minds to tell stories through documentary. (27.07.2012)

In an interview with DW, Indian journalist and cultural activist Ajit Rai, a member of International Farmer Film Festival planned in October this year, speaks about films as a medium to show issues affecting farmers. (05.07.2012)