The US Soccer Federation has signed German Jürgen Klinsmann as its new national team head coach. The former star striker and Germany team coach will have the task of helping the US qualify for the 2014 World Cup. 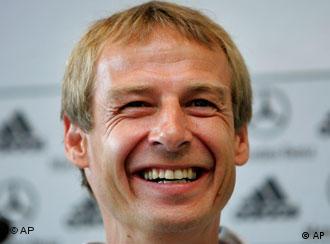 Former German star player and manager Jürgen Klinsmann has been named the new head coach of the US men's national team.

Klinsmann has lived in southern California since 1998 and becomes the first foreign-born US coach to hold the position in 16 years. He takes over the post from Bob Bradley, who was sacked on Thursday after more than four years in the job.

"We are excited to have Jürgen as the head coach of our Men's National Team," said US Soccer President Sunil Gulati.

"He is a highly accomplished player and coach with the experience and knowledge to advance the program. Jürgen has had success in many different areas of the game and we look forward to the leadership he will provide on and off the field."

The 47-year-old Klinsmann will assume the task of steering the US through the CONCACAF regional football grouping in order to qualify for the 2014 World Cup in Brazil.

"I am proud and honored to be named the head coach of the US men's national team," said Klinsmann following his appointment. "I would like to thank the US Soccer Federation for the opportunity, and I'm excited about the challenge ahead. I am looking forward to bringing the team together for our upcoming match against Mexico and starting on the road toward qualifying for the 2014 FIFA World Cup." 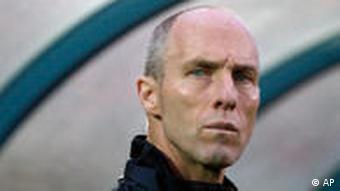 The former star striker led Germany to the 2006 World Cup semi-finals as team coach. His time at the helm of Die Mannschaft was notable for his introduction of young blood into the national team.

Following the World Cup, he was appointed head coach at German giants Bayern Munich, helping the club reach the quarterfinals of the 2008-09 UEFA Champions League where they lost to eventual champions Barcelona.

As a tactician, Klinsmann has been known to favor an offensive style of football, attracting criticism from within his native Germany for supposedly ignoring defensive tactics.

Klinsmann's first match in charge of the US national team will be against Mexico on August 10 in Philadelphia.

Former Bayern Munich coach Juergen Klinsmann says the club's management and his former players are partly responsible for his failed 10-month stint with the German champions. (22.05.2009)

Bayern Munich have steadily improved since the start of the season and can play a major role in Germany and Europe if they can keep up the momentum, coach Juergen Klinsmann said. (26.01.2009)

Klinsmann drops out of running for top US soccer job

Former Germany soccer coach Jürgen Klinsmann has decided he will not coach the US national team, which will be guided on an interim basis by American Bob Bradley. (08.12.2006)