It was a very atypical day of golf in Scotland with brilliant sunshine and little or no wind. American Kevin Kisner leads the field at 5 under par. Crowd favorite Tiger Woods is in the hunt at even par. 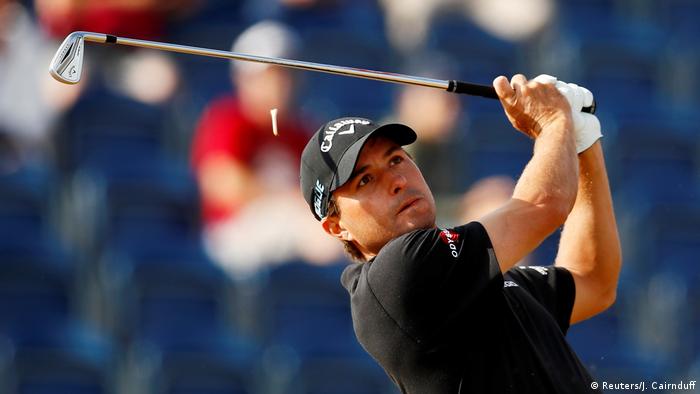 It was a pleasant day for golf. Sunny, warm, no wind. The exact opposite of what Scotland can often be. However, that should all change tomorrow when rain is in the forecast.

Kisner carded a five-under-par 66 in a round that included an eagle, three birdies and just one bogey, to be one shot clear of South Africans Erik van Rooyen and Zander Lombard and American Tony Finau.

The tournament began in overcast conditions but the sun soon came out and with no wind, scoring conditions were good, although no one was tearing it up. And some of the bigger names were struggling to make headway.

Defending champion Jordan Spieth was three-under-par at one stage but dropped back in the closing holes to finish on 1-over-par with a 72, driving into the burn at the last.

Former champion Phil Mickelson was one shot further back on two-over.  World number one Dustin Johnson was level par through seven holes.

Tiger Woods, a crowd favorite, who was back at the Open for the first time since 2015, started the day with a birdie, much to the appreciation of fans.

At one point he was at two-under but the closing holes gave him some trouble and he ended the day at even par. 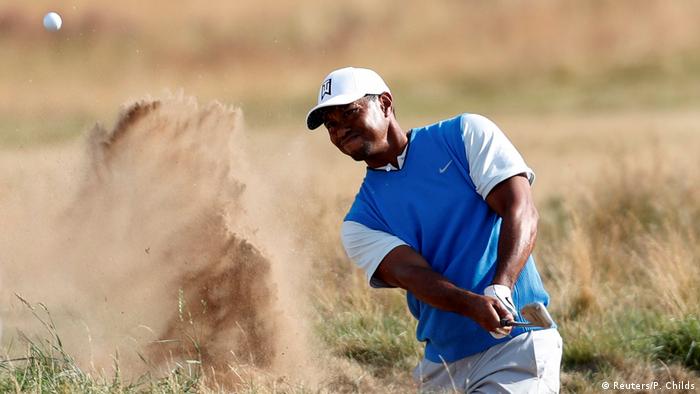 Tiger is very much in contention at The Open

The rest of the field

The 1985 champion Sandy Lyle, got the Championship underway, in the morning being the first to tee off. It was Lyle's 47th Open and his last.

His playing partners were former Open champion German Martin Kaymer and Scottish golfer Andy Sullivan who both finished even par for the day.

In the meantime, there are host of big names lurking ominously at two-under, including last year's PGA champion, Justin Thomas, and Zach Johnson, the 2015 Open champion at St Andrews.

Former Masters champion Danny Willett and Spanish phenom Jon Rahm matched them, while Rory McIlroy also shot a 69, back at the course where he was the best amateur as a fresh-faced teenager the last time The Open came here in 2007. McIlroy adopted an attack-minded approach and had just one dropped shot all day, at the par-four fifth hole.

"I got away with some tee shots, but at the same time, I think that's what I have to do. That's my game plan this week. I'm convinced that that's the way that I should play it. It's not going to be for everyone, but it worked out pretty well today," said McIlroy, who is looking to end a four-year major drought here.

The world number one Dustin Johnson struggled through an afternoon to forget, however. He shot a five-over-par 76 and now faces a struggle just to make the weekend.

With rain in the forecast, it should make for a very interesting second round.