A UN development financing summit opened in the Ethiopian capital Addis Ababa on Monday. It is being seen as crucial for efforts to end poverty, tackle climate change and create a fairer sustainable world. 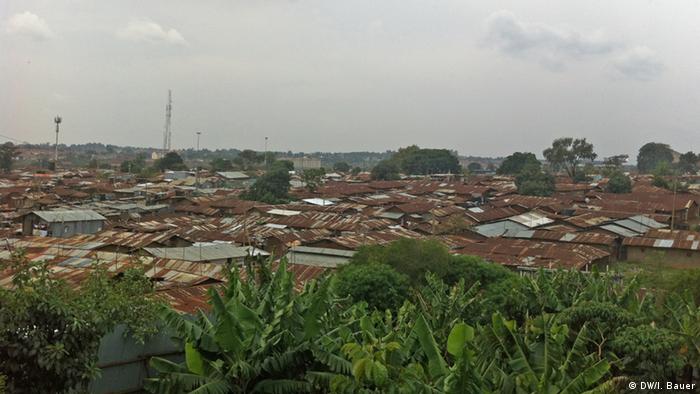 An inkling of the challenges facing delegates in Ethiopia can be gleaned from the troubles of 60-year-old Kenyan Mama Sabeti Omabso from Kenya's Kibera slum.

Kibera, situated on the outskirts of Nairobi with an estimated population of onemillion, suffers from inadequate housing, overcrowding, poor or non-existent sanitation, and grinding poverty.

Mama Sabeti would appear to be among the more fortunate. She is among a group of 600 families from Kibera's Soweto village who are scheduled to move in a newly-constructed block of flats in a new phase of a slum upgrading program.

But Mama Sabeti is worried and downcast. She can't afford the down payment of $1300 (134,00 Kenyan shillings, 1,173 Euros) on a mortgage which the government is demanding before she can take possession of her new home. 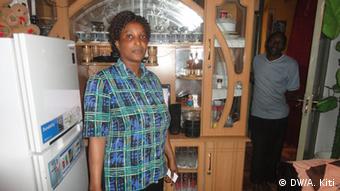 She says poor people like herself will be the losers under the scheme.

"The poor will not get these houses - where will they go?" she asks.

It is estimated that as many as half of the 600 families will be unable to move into the new permanent housing with proper sanitation because they are too poor to pay the deposit.

The new homes are the second phase of a slum upgrading program launched 10 years ago.

The 600 families were moved to temporary accommodation while their new housing was being completed. 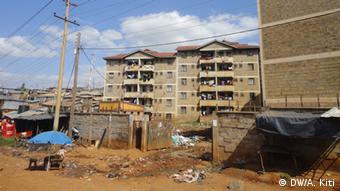 "The government should take me back to where I came from. There I could borrow salt from my neighbor. If I lacked 10 shillings I could easily get it from my neighbor - now where shall I get assistance?" Mama Sabeti said.

Kibera residents claim wealthy people are now buying up the houses and are taking advantage of the inability of the slum dwellers to find the money for a deposit.

Hanna Wanjiru is a former landlord from Soweto village and she says she has no regrets about leaving.

"I demolished my house and I came here. Everything is very cheap and the government have seen that we are not rich, but they want us to upgrade our lives," she said.

The first phase of the slum upgrading program was launched with the signing of a memorandum of understanding between the Kenyan government and the United Nations' urban development program, UN-Habitat. The project aimed to improve housing, infrastructure and the livelihood of people living in Kibera's informal settlements. With the help of a grant of $250,000 from Cities Alliance - a joint initiative of UN-Habitat and the World Bank - 600 families were able to move into new homes in 2009. 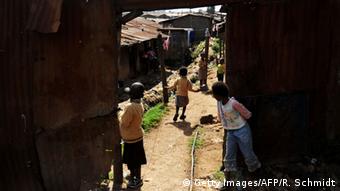 Kibera is the third largest slum in the world

Six years later, the flats are already in a dilapidated condition. The sewers are blocked; there is no running water and the area is littered with garbage.

The same can be said of many other parts of Kibera where there is a also a lack of toilet facilities. However, NGOs and local groups have risen to the challenge and are helping to provide residents with better sanitation.

There are over 600 community based organizations in Kibera who are seeking to improve slum dwellers' lives.

The group Human Needs Project has built what it calls "a self-contained, clean tech, infrastructure facility." Known as the "Town Center," it provides not only basic amenities such as water, toilets, showers and laundry, but also a cyber café with high speed internet - in the heart of the Kibera slum. 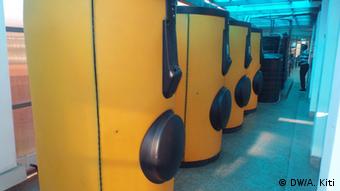 Town Center also offers business skills training and micro-credit. "It's a place of opportunities," said manager Ned Nyaima. "We want Town Center to be self-sustainable so that the prices we charge for service are affordable for the community."

Student Stephen Ochoieng Omollo is impressed by the Town Center saying it enables him to save money. "If you come to this place, you get free Wi-Fi and that helps a lot, because the cost you incur when you go to another place is cut."

Naomi Madaga is another frequent customer. "This project helps a lot. For example, you can go the toilet, we can wash our clothes here. When you wash your hands, we pay sixty bob, when you use the laundry machines you pay 250."

Kibera is the largest slum in Africa and the third largest in the world. The clearance and re-housing project launched in 2009, in which all of Nairobi's slum residents were to be moved to better accommodation, was expected to take nine years. That target was wildly over-optimistic.

In Kenya, the majority of the population doesn't have electricity at home, since the country's national grid is unreliable and expensive to buy into. Now a solar energy startup is changing people's everyday routines. (08.07.2015)