Keupstrasse, 10 years after the terror strike

Cologne is remembering a right-wing nail bomb attack from 2004 with a cultural festival under the motto 'Birlikte - Stand together.' The anniversary raises bitter memories in the Turkish district struck by the attack. 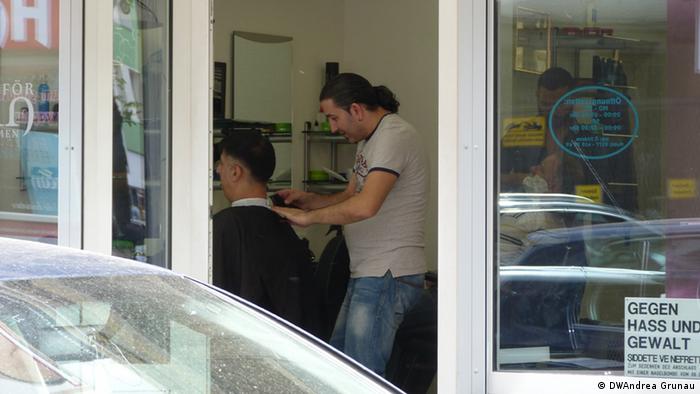 "It was just like now - the hairdresser was standing next to his customer," says Mitat Özdemir from the "Keupstrasse ist überall" (Keupstrasse Is Everywhere) initiative. He's looking over at Hasan Yildirim in the Özcan salon, situated along a street in Cologne called Keupstrasse.

Özdemir often talks with others affected by the events on June 9, 2004. That day, a man parked a bicycle directly in front of a shop window. A suitcase on the bike's luggage carrier contained a nail bomb with more than five kilograms (11 pounds) of gunpowder. Hasan Yildirim, the hairdresser, had no idea about that. His eyes briefly met those of the man parking the bicycle. Hasan Yildirim noticed blond sideburns underneath the man's baseball cap. He thought the man would come in for a haircut, but instead he disappeared.

A few minutes later, shortly before 4 pm, a massive explosion rocked Keupstrasse. The remote controlled bomb destroyed the hairdresser shop and its surroundings. Jeweler Metin Ilbay was pulled down to the floor. He had been sitting on a small stool in front of his shop, around 13 meters away from the explosion on the other side of the street. The air was filled with smoke, and there was much shattered glass. Shards and more than 700 nails of 10 centimeters in length flew through the air. People were lying on the ground bleeding. Others ran away. 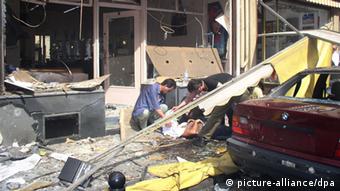 Uzay Özdag heard first the explosion and then saw people in a pillar of smoke. Özdag, the owner of a bakery, was standing with his father and his one-year-old son, Emre, nearly 100 meters away behind one of his company's vans. 21 nails hit the van. He gave his son Emre to his father and went to the site of the explosion to see if he could help, recounts Özdag. Recalling the events leaves him grappling for words: "People were crying; they had smoky nails in their heads. It was like war. It was a picture of horror."

Ilbay, the jeweler, didn't realize in the initial shock that he was hit by nails in his shoulder and upper arm. Then he felt the pain and saw blood on his leg. A nail had hit his thigh

"I was really lucky," said the 59-year-old with a deep breath, "If I had been standing, the nails would have hit my head." The projectiles pierced a water pipe behind him. Ilbay says that when he thinks of the attack, it "breaks my sense of morality."

22 people were injured by the attack, four of them seriously. Despite many people being out on the nice afternoon before a public holiday, no one was killed. Keupstrasse is lined by stores owned by members of Germany's Turkish minority community, and it attracts visitors from other cities. That day, people were sitting in front of restaurants and cafes or they were strolling along the boutiques, pastry shops, jewelry stores and travel agencies. Mitat Özdemir's son had also passed the salon on his bicycle just a few minutes before the explosion.

The neo-Nazi terror group National Socialist Underground (NSU) ridiculed its victims in a video claiming responsibility for the attack. The video appeared after the suicide of the alleged assailants Uwe Mundlos and Uwe Böhnhardt in November 2011. The goal was, according to charges read at the ongoing NSU trial, "to kill or at least hurt as many customers and passers-by as possible."

Video footage of the perpetrators already existed in 2004. A surveillance camera at one of the cross streets to Keupstrasse recorded the assailants several times: both with the bicycle used for the attack and with the mountain bikes on which they fled shortly after the bombing.

Suspicion instead of sympathy 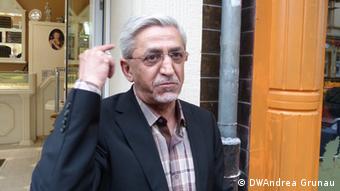 Metin Ilbay Shows where the nails could have hit him

"It is traumatic," said Mitat Özdemir, who has lived for 37 years on Keupstrasse. He founded, together with other committed Cologne residents, the initiative Keupstrasse Is Everywhere in order to help those affected. The attack itself - which many people still won't or feel unable to discuss - was a source of trauma, but so were the seven years that followed.

The then Interior Minister Otto Schily said as early as the day after the attack that there are no signs of terrorist motives, instead pointing to a "criminal milieu." Neither he nor his counterpart in the state of North Rhine-Westphalia, Fritz Behrens, visited the victims. For months, hardly any customers came to Keupstrasse. The victims experienced neither public sympathy nor psychological support. They and their neighbors were considered suspects.

Metin Ilbay remembers when the police came to him and said: "Can you open your mouth? We have to take something from you." Only later did he realize it was a DNA sample as part of the search for culprits. The police looked through nearby apartments, picked up residents for questioning and arranged audits by the tax office. Ilbay says he had nothing to hide, but that "they tried to put the blame on us."

Mitat Özdemir reports that when a resident suggested the act was perpetrated by right-wing terrorists, a police officer responded, "I don't want to hear that again." 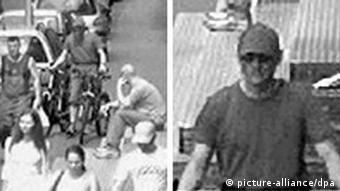 Surveillance images could have helped uncover the NSU earlier

The German parliament later convened a committee on the NSU investigation process, whose findings reinforced Keupstrasse residents' feelings that the initial police investigations were too one-sided. Officers carried out intensive investigatios on angles involving organized crime or Turkish-Kurdish conflicts. Their methods included wire tapping and having undercover agents open up a shop in the street. Police officers even traveled to Munich to question a fortune teller. The fact that neo-Nazis could have been behind the attacks was scarcely considered. The investigation was ultimately closed in 2008.

Two police officers who were close to the scene of the 2004 attack in 2004 were questioned for the first time nine years later. The video footage of the assailants was never shown to them.

"This crime could have been solved," said Clemens Binninger in an interview with DW. The CDU chairman of the NSU investigation committee added: "Maybe the NSU trio could have been uncovered. The chances for doing so were never as good as they were then."

The NSU would go on to commit more murders. "They killed 10 people, and I could have been number eleven," said Ilbay. "I used not to think anything bad about Germany, but that has changed - unfortunately," said the jeweler. "I'm more German than Turk. I have lived 43 years in Germany but only 16 years in Turkey."

Ilbay notes that he has worked without interruption and paid his taxes. All of his children and grandchildren have German passports. 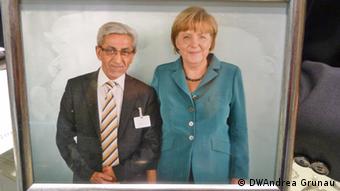 Ilbay was in Munich for the first day of the NSU trial as a joint plaintiff. He was sat in the courtroom for seven hours, feeling deeply stressed. "My teeth were hurting the next day. It was terrible there," he said, adding it was difficult for him to look at the main defendant, Beate Zschepe. She was sitting "relaxed with chewing gum, laughing and flirting with her lawyer." They brought her drinks "as though she were sitting in a café."

Munich's Higher Regional Court, which is hearing the NSU case, has designated 35 individuals as joint plaintiffs for the Keupstrasse bombing. The initiative Keupstrasse Is Everywhere is seeking to accompany the joint plaintiffs to the trial in Munich, and its members also want to establish contact with similar groups in other cities.

The three-day long event held this weekend on the 10th anniversary of the attacks under the slogan "Birlikte - Stand Together" is not enough for Mitat Özdemir, who asks "What happens afterwards?"

He wants complete clarification on the NSU case and "for nothing to be swept under the rug anymore." He also hopes Keupstrasse can become a place for cultural exchanges - where, for example, a German family can get to know a family from Anatolia in a restaurant, on a level playing field and without prejudice.

This evening, he is talking to the hairdresser Yilmaz Toprak in front of his Keupstrasse shop. He is not happy about the way he is sometimes treated in Germany. Recently, he had called the police from his home in Cologne-Nippes because he was concerned about an elderly, confused lady in the street. When he went down to his car soon afterward, he says the police checked his papers and his trunk without any reason. It's primarily elderly Germans who live in his neighborhood, he says. "What are the neighbors supposed to think about me?" He couldn't sleep all night, saying, "I feel humiliated."

Seven years have passed since a bomb attack rocked an immigrant neighborhood in Cologne. Originally thought to have been caused by Turks or Kurds, the attack has now been traced to a militant neo-Nazi cell. (18.11.2011)