Kenya’s economy is growing apace, but problems remain. They include high youth unemployment and exploding costs of living. But the issues will not influence the polls in a country where voting happens along ethnic lines. 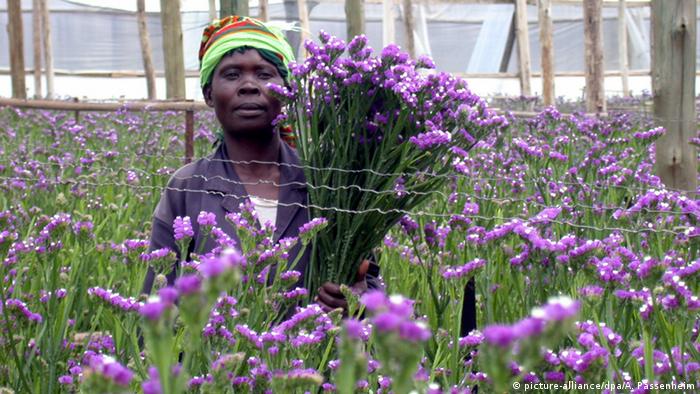 In his campaign President Uhuru Kenyatta never tired of pointing out the country's economic progress, which he obviously ascribed to his policies. His main rival, Raila Odinga, retorted by emphasizing all the weak points and promised to remedy them once in power.

Meanwhile young unemployed Kenyans try to eke out a living as best as they can. David Ng'etich's working day starts at 6 am. His first task is to chop wood. The young man from Western Kenya makes a living by producing charcoal. He sells one sack for 500 shilling, the equivalent of five euro ($5.7). "On average I sell five sacks a month, earning around 2,500 shilling," he said.

That's the equivalent of 25 euro: just enough to survive on but a miserable income for an economist with a degree. Well paid jobs are rare in Kenya. Tabitha Wanjiru makes a little bit of money as a door-to-door hawker. The sociologist is one of 800,000 young Kenyans who every year join the throng of job-seekers. "It has been frustrating to look for work. You knock on office doors but you are turned down. Sometimes you go for interviews, but there is no successful outcome." 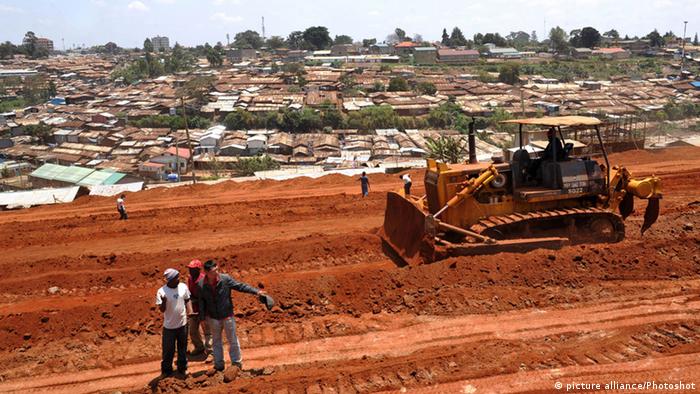 Chinese have been building roads in China

In his campaign, opposition leader Raila Odinga frequently took up the issue of youth unemployment. He promised to build industrial parks and infrastructure and to train young people professionally, to prepare them for the job-market. President Kenyatta promised the same, but he prefered to concentrate on the economic successes of his administration. His election propaganda stressed that he built the new railway connecting Mombasa to Nairobi as well as roads in remote areas.

Kenya's economy has grown consistently by five or six percent in the last couple of years. An impressive rate, but not enough to solve the problem of unemployment. Like many young voters, Chris Mumakwa feels bitter about this. "Unless you steal, you cannot be rich or successful. That is the culture of the modern-day Kenya," Mumakwa said, adding that to get a job, you have to be able to give something in return to the one employing you. 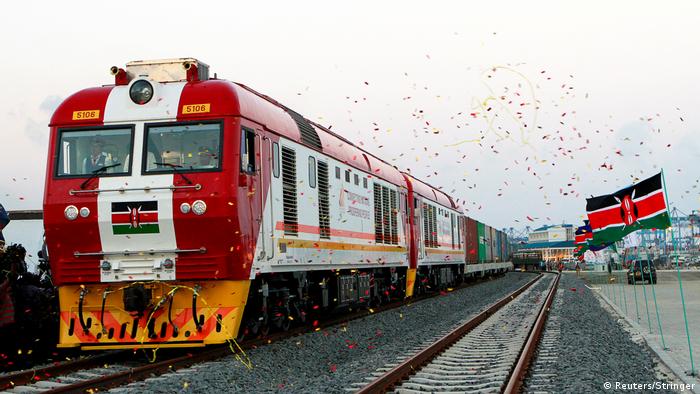 The fight against corruption is one of Kenyatta's great failures. The other one is the supply of provisions to the population affected by a recent drought. The price of basic staples like milk, flout and sugar has increased manifold and Kenyans, like this woman shopper in Nairobi, blame the government. "They only care for party policies and do not care about us at all," she said.

For the poorest of the poor, eating has become a luxury. That is usually a fatal situation for governments on the eve of elections. Kenya is different. Most people are more interested in seeing someone from their own ethnic group in power – by force, if needs be. That is why the president likes to talk of unity when he is attacking his rival. "Do we really want a president who splits the country along ethnic lines? We want someone who will unite us," he said in his rallies. Conveniently forgetting to mention that he likes to play the same card.

Kenya has ambitious plans for its economy. But its ambitions don’t stop with the economy. To power economic growth lots of energy will be required. (20.11.2015)