Mohamed Ahmed Abdi has been given a 33-year jail term while Hassan Hussein Mustafa was handed an 18-year sentence. The pair were found guilty earlier this month of carrying out Kenya's worst terrorist attack in 15 years. 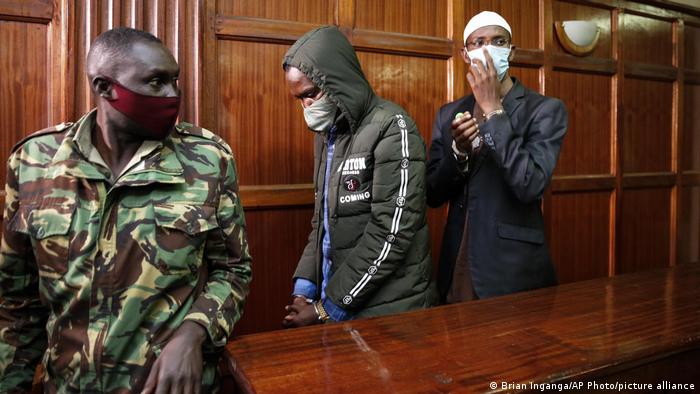 A court in Kenya on Friday gave prison terms of 33 and 18 years respectively to two men accused of conspiring with the al-Shabaab extremists who attacked Nairobi's Westgate shopping mall in 2013.

The attack resulted in the deaths of at least 67 people. On October 7 this year, Mohamed Ahmed Abdi and Hassan Hussein Mustafa were found guilty of aiding al-Shabab during the assault.

"Despite mitigation by their defense lawyers on their innocence, the offense committed was serious, devastating, destructive. That called for a punishment by the court," Chief Magistrate Francis Andayi told a Nairobi courtroom.

The verdict in detail

Andayi sentenced the pair to 18 years for conspiracy and 18 for supporting extremists. The two prison terms will be served concurrently.

Abdi, however, was given an additional 15 years after being found guilty of having jihadist propaganda material on his laptop.

Both men have already served seven years behind bars since the 2013 attack in the Kenyan capital.

Last month's guilty verdict was met with skepticism amid claims the authorities did not investigate thoroughly enough.

Otsieno Namwaya, a senior Africa researcher at Human Rights Watch, highlighted that the men "are not in any way the masterminds," merely "fringe players, if at all." 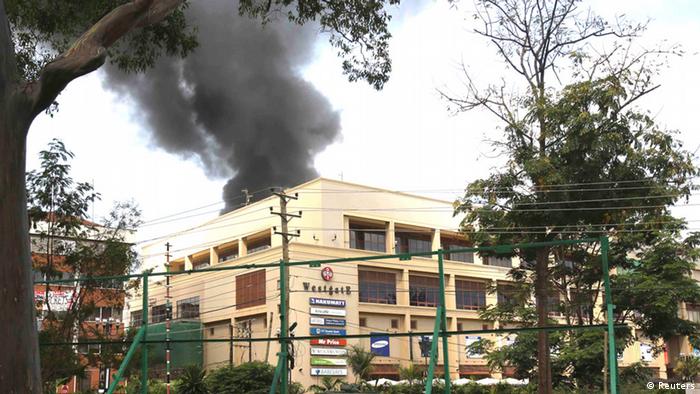 Smoke billowed out over the Westgate shopping center midway through the four-day siege. Powerful explosions sent thick smoke into the Nairobi air while the al-Shabaab extremist group held hostages

In September 2013, a group of four men held a shopping complex in Nairobi under siege for four days while cameras streamed the events live on TV.

The response by the security forces was heavily criticized with one policeman being killed by friendly fire.

Al-Shabab claimed responsibility for the attack as retribution for the Kenyan army's involvement in incursions against the militant group's strongholds in southern Somalia.