The Houston, Texas-born performer had hits such as "Lucille," "Lady" and "Islands in the Stream." He died at his home in Sandy Springs, Georgia. 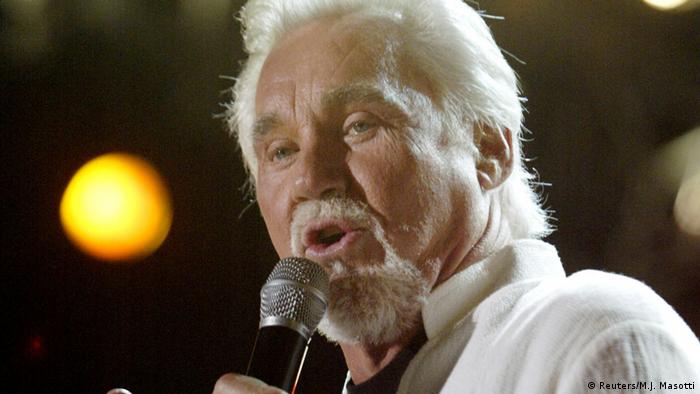 Country music star and actor Kenny Rogers has died at the age of 81, his family announced on Saturday morning.

On Rogers' official Twitter account, his family posted: "The Rogers family is sad to announce that Kenny Rogers passed away last night at 10:25 p.m. at the age of 81. Rogers passed away peacefully at home from natural causes under the care of hospice and surrounded by his family."

Star on stage and screen

With the husky voice and silver beard, Rogers sold tens of millions of records, won three Grammys, and was the star of a series of TV western movies based on his hit song "The Gambler."

Rogers shot to stardom in the late 1960s with his band "The First Edition," which recorded hits such as "Just Dropped In" and "Ruby, Don't Take Your Love to Town," before embarking on a solo career in 1976.

One of his biggest hits came as a duo with country legend Dolly Parton. The two re-recorded the Bee Gees' hit "Islands in the Stream" in 1983, becoming a crossover number one hit on pop charts. The song has often been voted the best duo hit of all time.

Rogers thrived for some 60 years before retiring from touring in 2017 aged 79. Despite his success on both stage and screen, it was for his country music that he preferred to be known.

You don't often see cowboy boots in Berlin. But when DW's Sertan Sanderson heard the German capital had an annual country music festival, he grabbed the chance to dust off his pair and do a little Western line dancing. (11.02.2019)