Keeping the Holocaust Relevant | Germany | News and in-depth reporting from Berlin and beyond | DW | 26.01.2005

As Europe observes the 60th anniversary of the liberation of Nazi concentration camps, Holocaust educators in Germany are wondering how to keep its lessons relevant to future generations. 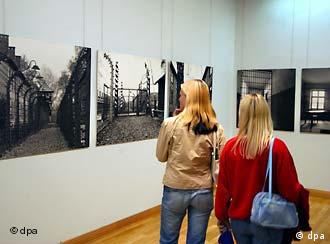 What relationship will future generations have to the Holocaust?

In an interview with the German magazine Der Spiegel this week, accomplished cellist and Auschwitz survivor Anita Lasker-Wallfisch expressed concern about the Holocaust education of today's youth.

"I am a bit nervous about overfeeding the youth," said Lasker-Wallfisch, who moved to London after the war. "In Germany, there are almost always television programs on about the Holcaust. That can sometimes be too much for the young people."

For decades, Holocaust survivors like Lasker-Wallfisch were considered the most effective way to pass on the somber lessons of the time to coming generations. More than documentaries, history lessons, or tours of concentration camp memorials, survivors, and the painfully personal stories they told connected with schoolchildren without "overfeeding" them, Holocaust educators said.

What happens when they're gone?

Sixty years after the liberation of the death camps, the generation of survivors is passing away, presenting Holocaust scholars and educators with a unique challenge.

"That the witnesses are irreplaceable is clear to everyone," said Horst Seferens, spokesman for the concentration camp memorials in Sachsenhausen and Ravensbrück. "The absence of those witnesses also cuts deeply into our own work. They are the most authentic source of information for students." 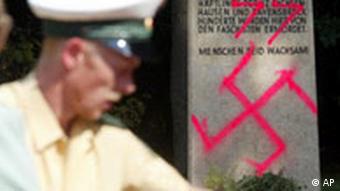 At a time in Europe when English princes are wearing Nazi uniforms at costume parties and Jewish groups are sounding alarm at an increase in anti-Semitism, the need to sensitize current and coming generations is obvious. To do that in way that doesn't alienate young Germans, or blame them in any way, has been one of the country's most difficult challenges.

Politicians "tend to see this part of history as very important, out of consideration for political correctness," said Thomas Lutz, head of the Memorial Museums Department at the Topography of Terror Foundation in Berlin. "We see that as more of a hindrance as a help because we notice that the youth are worried about asking the wrong questions. They have to first overcome this fear."

In recent years, the network of more than 30 Holocaust memorials in northern and central Europe has been working on ways to connect with future generations. 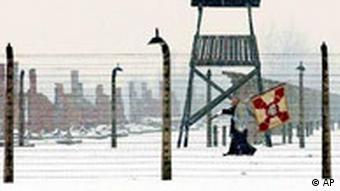 The concentration camp at Auschwitz

Historians and memorial employees have already recorded exhaustive interviews with witnesses documenting daily life in the camps, the witnesses' most important contribution to the wealth of Holocaust knowledge.

Two years ago, the Sachsenhausen concentration camp memorial in the eastern German state of Brandenburg put together a CD-ROM featuring profiles of 20 prisoners at the camp and their lives before, during and after their imprisonment. After the state school system began using it, the federal ministry in charge of education adopted the disc.

"The CD does a good job of bringing (the experience) closer," Seferens said.

Across Germany, visitor centers at memorials have gotten more sophisticated and interactive while the people who work there have become more qualified for the job.

"The memorials are making more of an effort to address the individual needs of the visitors," Lutz said.

Souvenirs as a new medium

Memorials are also accommodating school groups by offering them the chance to stay overnight near the former camps, and spend more time studying the history. 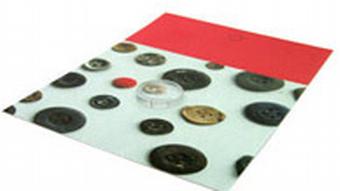 One of the souvenir ideas, inspired by the thousands of buttons unearthed on the site

Buchenwald, near the city of Weimar, embarked on a unique and controversial project last year aimed at changing the mediums through which young people are taught about the Holocaust. The memorial cooperated with design students at the local Bauhaus University to come up with souvenirs that visitors could take with them.

"Like any good educational process, we need to experiment," said Volkhard Knigge, the Buchenwald memorial director, in an interview at the time. "Otherwise we'd freeze in this moralization" of the Holocaust.

For the first time in its history, the United Nations on Monday marked the liberation of Nazi death camps during World War II, in an event attended by Holocaust survivors and the foreign ministers of Israel and Germany. (Jan. 24, 2005)

Chancellor Schröder warned Germans to be vigilant in the fight against anti-Semitism on Tuesday and expressed his shame as Berlin marked the 60th anniversary of the liberation of Auschwitz. (Jan. 25, 2005)