Taliban militants on Tuesday launched a coordinated attack on a government security agency in the Afghan capital, killing scores of people. Kabul-based Afghanistan expert Alexey Yusupov talks to DW about the assault. 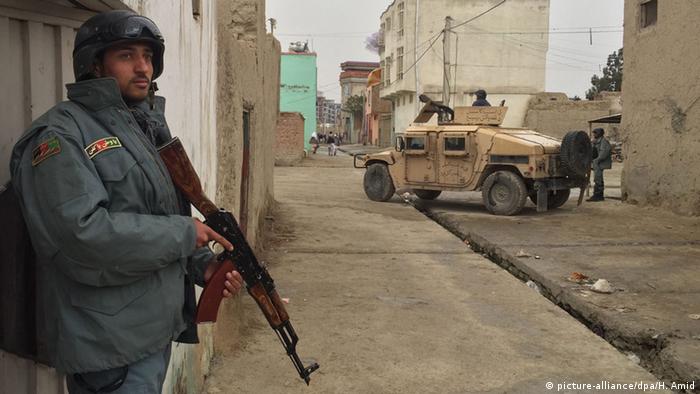 DW: How is the situation on the ground following the attack?

Alexey Yusupov: Today's assault was definitely the biggest and most devastating attack in the capital Kabul since August last year, when a truck bomb exploded in Shah Shaheed, a rundown residential neighborhood not far from the city center. If reports about the numbers of dead and injured are confirmed to be accurate, then it would perhaps be the biggest attack in the capital in the last 15 years.

Hospitals are using the social networking site Twitter to call on people to donate blood, and hundreds of Afghans are already responding to these calls. Our foundation will also take part in these activities.

Reports suggest that militants detonated a truck bomb even this time round, whose impact was felt even kilometers away from the explosion site in the form of broken windows and windshields.

As we now know, the likely target of the attack was "Department 10," an Afghan government security agency. Our office is located in close proximity to a number of hospitals and other medical facilities. We therefore were able to witness the movements of ambulances transporting the victims of the attack.

The situation is calming down rather slowly, as additional police forces are deployed to the city center. One can see many helicopters patrolling the city skies. We have also heard reports that there were shootouts in some places even hours after the attacks had started. 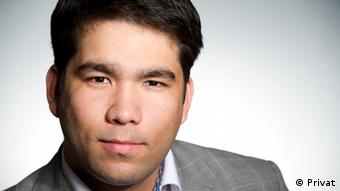 Yusupov: 'The key message from the start of the spring offensive is that efforts to start direct peace talks have failed this year as well'

What do these attacks say about the Taliban's strategy, particularly in the context of the start of the militant group's annual spring offensive last week?

The Taliban's actual and declared strategy is still to continue to fight against the government in Kabul, as stated in the official announcement of the new spring offensive made on April 12.

This announcement, however, was merely a symbolic gesture as there wasn't any decline in the number of attacks mounted by the Taliban during the winter.

Nevertheless, we can see what goals the militants have set for themselves for the next season. Their own statements reveal that they will continue their fight against the Afghan government.

While they refer to the United States as occupiers, the Afghan government is described as their puppets. Accordingly, the Taliban targets government buildings and institutions, particularly the military. This trend can also be observed in the attacks of the past few weeks.

A heavy bomb blast shook a central district in Kabul, near the US embassy and government ministries. Afghanistan's Health Ministry has reported at least 28 deaths and more than 300 people wounded so far in the explosion. (19.04.2016)

Civilian deaths in Afghanistan fell 13 percent in the first three months of the year compared to the same period of 2015, the United Nations reports. Injuries, however, saw an 11 percent increase. (17.04.2016)

US Secretary of State Kerry recently visited Kabul in an effort to keep the country's rulers working together. The government's internal rifts are growing, while opposition groups demanding the president's resignation. (12.04.2016)

The insurgents have announced the start of the annual 'fighting season.' This year's campaign is expected to be especially violent. (12.04.2016)

But the tragedy is that the overwhelming majority of the victims of today's attack were civilians. The people of Kabul feel as if they are being targeted.

What impact will these attacks have on any future peace talks between the government and the Taliban?

The key message from the start of the spring offensive is that efforts to start direct peace talks between the Afghan government and the Taliban have failed this year as well. The expectation initially was that China would pressure Pakistan, which in turn could exert pressure on the Taliban to bring them to the negotiating table. There were a few moments when it seemed as if there was scope for holding direct talks.

Moreover, there is a "small peace process" with the Hizb-I Islami Islamist militant group - led by former mujahideen leader Gulbuddin Hekmatyar - which is placed on the UN sanctions list. Indeed, there is progress in this case, as Hekmatyar has abandoned his main demand that he would only negotiate after a complete withdrawal of foreign troops.

However, the importance of this small peace deal is only symbolic, as actual peace talks with the Taliban have yet to start. And there is no reason to believe that this will change in the current fighting season.

Meanwhile, the militants have changed their strategy. They are focusing not solely on launching attacks, but also on conquering territory. I therefore don't believe there will be another opportunity to explore the possibility of holding talks before the end of the year, and by then the Taliban are likely to have strengthened their negotiating position.

Alexey Yusupov is director of the Afghanistan office of the German foundation Friedrich-Ebert-Stiftung (FES) in Kabul.