In a country where nearly one in four people identify as a minority, Trudeau took to Twitter to announce the "historic nomination." In its 146-year existence, Canada's Supreme Court has only ever had white justices. 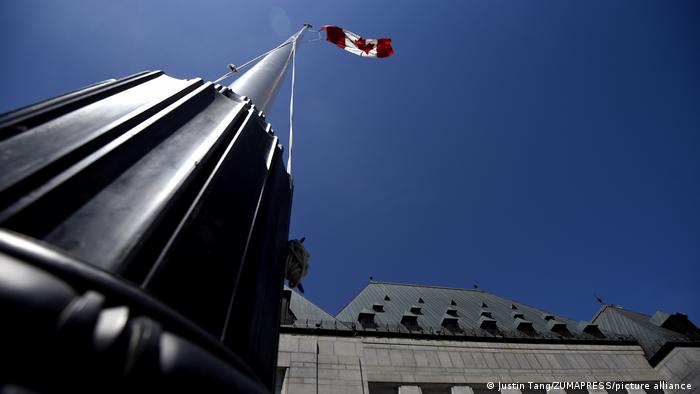 In its 146-year existence, Canada's Supreme Court has only ever had white justices but with the seemingly inevitable appointment of Mahmud Jamal, that is set to change.

He must still be vetted by the House of Commons Justice Committee, but this should be a formality.

Member of Parliament Julie Dzerowicz said Jamal had "a distinguished career as a litigator."

Trudeau took to Twitter to make the announcement. "He'll be a valuable asset to the Supreme Court — and that's why, today, I'm announcing his historic nomination to our country's highest court."

In a country with a population of 38 million, one in four people identifies as a minority, and Trudeau is keen to cut away at systemic racism in Canada, which he said last year "is an issue right across the country, in all of our institutions."

Who is Mahmud Jamal?

Mahmud Jamal has been an Ontario Court of Appeal judge since 2019.

Prior to that, he taught at two of Canada's top law schools and worked for decades as a litigator — including appearing in 35 appeals before the Supreme Court.

Jamul was born in 1967 into an Indian family in Nairobi, Kenya. He was raised in Britain before moving to Canada in 1981.

Canada: Suspect charged with terrorism over attack on Muslim family

Canada's Prime Minister Justin Trudeau has said there is "global solidarity" with two Canadian men detained in China, as Ottawa accuses Beijing of a ploy to secure the release of a detained ex-Huawei executive.