Just sick: it's after cancer treatment that kids get really ill

Parents usually have quite simple wishes for their kids: a happy childhood, good schooling and a decent job. Most would never think of the possibility of a brain tumor. If that happens, the effects can be life-long. 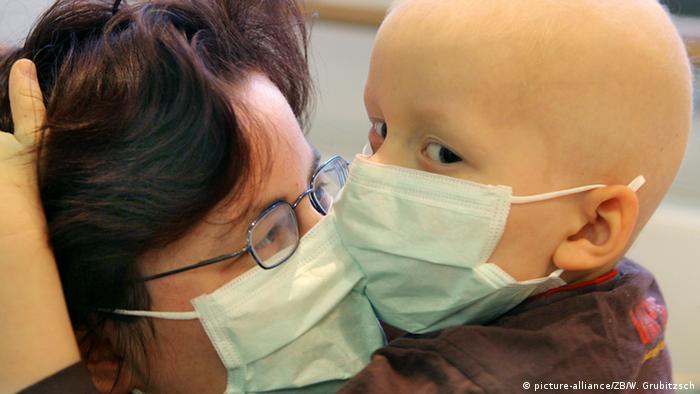 "To be honest, it was hell. The pain and the chemotherapy," says Julian Steinbach. He remembers his cancer treatment well. At the age of five, Julian was diagnosed with a brain tumor. He had an operation, chemotherapy and radiotherapy.

Julian is now 26 and cancer-free. But late complications remain.

A state of shock

Not long before his diagnosis, Julian had whooping cough - a non-life-threatening childhood illness. He vomited a lot. But the doctors didn’t suspect anything wrong, as nothing was out of the ordinary.

"Once," says Julian's mother, Claudia, "he was sitting close to the television and his head fell to one side. I found that a little strange."

"So I took him to an eye specialist, and he sent us straight to the clinic. There, the doctors diagnosed the brain tumor. He had to have an operation as soon as possible."

It all happened as though it were a film, says Claudia.

"I simply did everything the doctors recommended - I just automatically said, 'Yes, we'll do that.'"

The German Brain Tumor Association says about 1,800 children under the age of 15 are diagnosed with cancer every year. Brain tumors are among the most common forms of cancer, with about 400 new cases each year.

On average, it is children at the age of six-and-a-half - and boys are affected more often than girls.

The treatment is difficult, says Professor Udo Bode, a former head of oncology at the Bonn Children's Hospital. 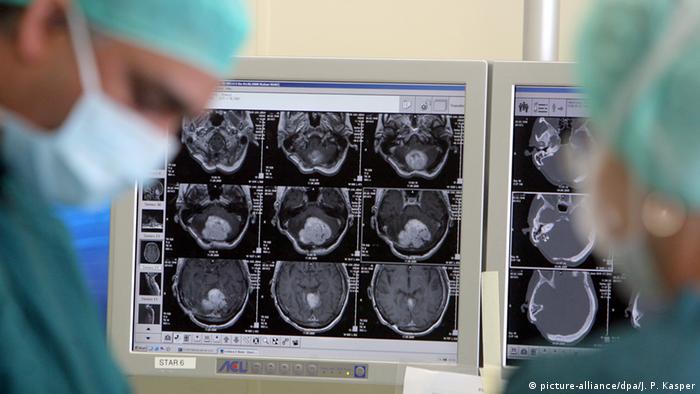 "With the brain, it is still not totally clear which parts perform which functions," says Bode, "and as a result, you can't operate on the brain as you can with other parts of the body."

"With a brain tumor, changes can occur, and they can be irreversible," Bode says. An operation can lead to paralysis or loss of speech.

The World Health Organization has set up guidelines, which are used in the diagnosis and assessment of brain tumors. The guidelines are made up of four categories - ranging from stages one through four.

In the children, the most common malignant brain tumor is medulloblastoma. Ependymoma is less common - but it is the one that was found in Julian. And it was at stage four - the worst kind.

The tumor had already pushed Julian's brain to one side.

"We had a very good surgeon," says Claudia Steinbach. "He said: 'I can do it. He won't be paralyzed after the operation, and he'll be able to speak.'" And he managed it. "He managed to remove a lot of the tumor."

But Claudia Steinbach says the surgeon didn't think Julian would survive for long.

"He said something quite brutal. He said: Lots of children die through an accident. Your child will die because of a tumor."

Going into the unknown

Julian survived. He was in Professor Bode's care at the Bonn Children's Hospital for a long time. Bode had given his young patient a survival chance of 40 percent. 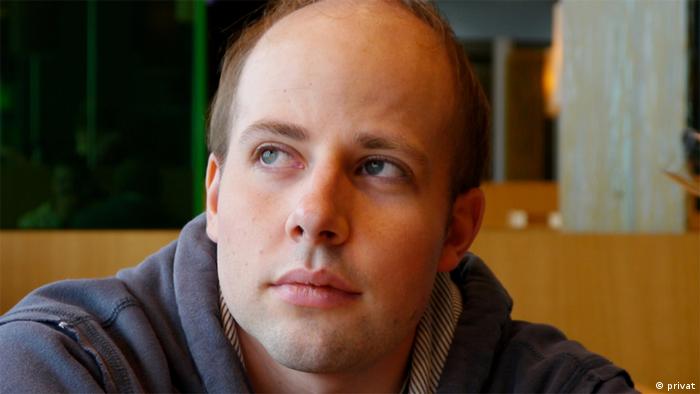 At the age of five, Julian Steinbach was diagnosed with a brain tumor

After the operation, Julian received chemotherapy.

"The worst part of the chemotherapy was the medication," says Julian. "I can still remember having terrible stomach aches, constant nausea - and that I almost went mad."

The chemotherapy lasted three months. Then they started the radiotherapy. That went for another six weeks.

It was a nightmare for Julian and his family.

"He had to lie on his stomach, with his forehead on a hard plank, and keep his arms by his sides. He had to lie like that, without moving, for a quarter-of-an-hour," remembers Julian's mother.

His spinal cord was also treated against potential metastases. The treatment caused his spinal column and neck to shorten.

These days, says Professor Bode, doctors take a less radical approach. But it's still not an option to avoid radiotherapy altogether.

"Even today, many brain tumors need radiotherapy, if you want to treat them properly," says Bode.

The problem is, however, that "children of a pre-school age can develop neurocognitive deficits, such as learning difficulties," Bode explains.

Julian was not spared such complications. He found it difficult to concentrate and remember things, and he needed more time than others.

"It took a long time before he could read," says Bode. "Writing was okay, general knowledge was also okay, but math was a catastrophe."

"For instance, we learned times tables together, but the next day it would all be gone. So I went back to the beginning again, and this went on for days and weeks," says Bode. 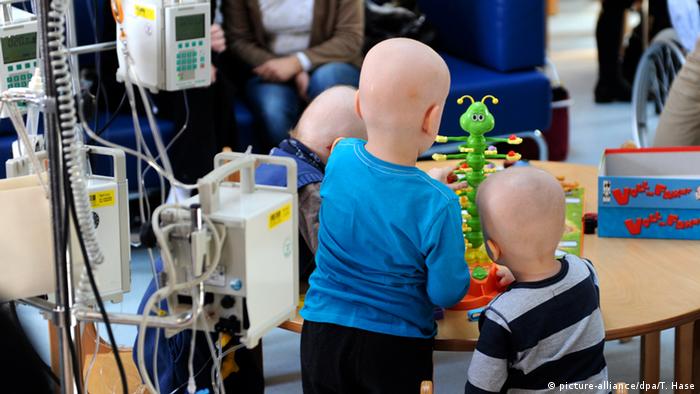 Julian is aware he needs more time for a lot of things. Professor Bode explained this to him.

"With normal people, the signals in the brain move rapidly," says Julian. "With me, it's a bit like a bad connection. So I need more time for things."

That said, Julian completed his schooling and qualified as an office clerk - a "Bürokaufmann," in German.

Julian is now considered to have recovered. But he has paid a high price.

"The children tend not to suffer when they're diagnosed," says Bode. "In their eyes, they simply have a terrible illness. But they can get seriously ill because of the treatment."

At the age of five, Julian had his operation for the brain tumor. Then, two years later, another tumor - benign - was removed. At the age of 13, Julian developed epilepsy because of the scars in his brain. And at 24, doctors discovered a thyroid cancer, which is now being treated.

He seems to take it all in his stride. But it's hard to really tell. Julian works in a retirement home, where he is in charge of the catering.

The work is not a problem - and he is accepted by all. But his one big dream is to do the job he learned: to be an office clerk.

Belgian doctors have claimed a breakthough - they froze a teenager's ovarian tissue, gave her chemotherapy for cancer and then helped her give birth. Her son, conceived a decade later, is reported to be healthy. (10.06.2015)

Is it bad luck, genes or environment? Some risk factors for cancer may be outside of our control, but others are not. Seven tips to reduce your cancer risk. (05.05.2015)

While meeting in Geneva this week, 140 nations that have teamed up to ban pesticides and other hazardous substances are determined to end the use of even more chemicals. DW takes a look at some of the most dangerous. (04.05.2015)