Julia Franck: 'The Blind Side of the Heart'

This book spanning over half a century depicts the portrait of a passionate young woman who blazes her own trail, but ends up paying a high price for it. 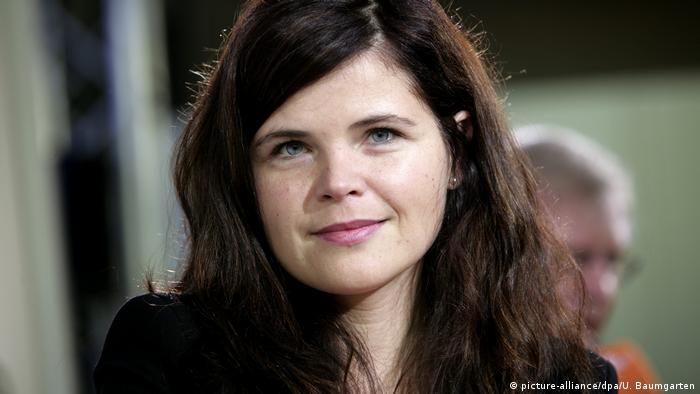 It's one of the cruelest things one can imagine: A mother abandons her own child, simply leaving her seven-year-old son on a train platform. How could that happen? What is going on in the head of a woman who is able to do that? Is she an egotistical monster, a bad mother?

This monstrosity is the opening scene of Julia Franck's novel. What follows is the attempt to explain the outrageous act. Expansive flashbacks throw light on Helene's life, yet the book is also a biographical reflection.

Julia Franck's father was abandoned by his mother in 1945, when she fled to the West. From then outward, the woman was considered an outcast ­— coldhearted and narcissistic.

'The Blind Side of the Heart' by Julia Franck

Julia Franck created a literary reconstruction of this woman's biography, spanning the dramaturgical action over half of a century. The Berlin-based author was awarded the renowned German Book Prize in 2007 for her historical panorama of a family and her story of a multi-faceted, courageous protagonist.

In the novel, Helene grows up with her sister in an oppressive home. Their mother is emotionally cold and mentally disoriented; their father is traumatized by the First World War.

Following his death, the two sisters move to Berlin. The vibrant metropolis becomes their playground. They go dancing, fall in love, make plans for a self-determined life. That is, until the love of Helene's life suddenly dies — and apparently with it, her dreams for the future. 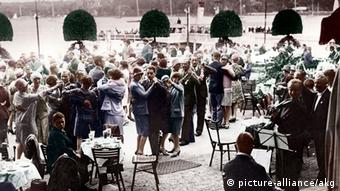 Berlin was a mecca for party-goers in the 1920s; Helene immerses herself in this world

Out of a feeling of apathy, Helene marries some years later — but it is an unhappy marriage with a coarse, anti-Semitic engineer, whose perfidious humiliations Helene quietly tolerates. A child is born of the marriage.

"When little Peter cried at night and Helene got up to take him into bed with her, Wilhelm said, with his back turned to her: You’re coddling yourself, if you ask me. Go and sit in the kitchen if you must feed him. A working man needs his sleep. Helene obeyed his order. She sat in the cold kitchen with her baby and fed him there until he went to sleep. But as soon as she put him back in his little basket he woke up again and cried. After two hours she slipped into the bedroom, exhausted."

Julia Franck depicts how emotional estrangement has determined the course of this woman's life from the very beginning. It's a downward spiral of intimacy and distance as a life-loving young woman evolves into an apathetic mother. A mother who ultimately abandons her child so as not to lose her own self completely.

After the book's release, some critics were outraged by Franck's turning the role of the self-sacrificing mother on its head, thereby breaking a taboo. One of the strength's of the novel, however, is that while Helene's behavior is not excused, the reader realizes at the end why this woman made this outrageous decision.

Julia Franck was born in Berlin in 1970. She studied Native American studies, philosophy and contemporary German literature. Her debut novel, The New Cook, was published in 1997. Liebediener followed in 1999, then Bauchlandung: Geschichten zum Anfassen in 2000 and Lagerfeuer in 2003. The latter was turned into a film entitled Western. Franck received the German Book Prize for The Blind Side of the Heart (Die Mittagsfrau) in 2007. The book has sold over a million copies. Franck's works have been translated into more than 39 languages.