Jovenel Moise has been certified as the winner of Haiti's presidential election after a tribunal said it found no evidence of massive fraud. Political disputes have left the island politically paralyzed for over a year. 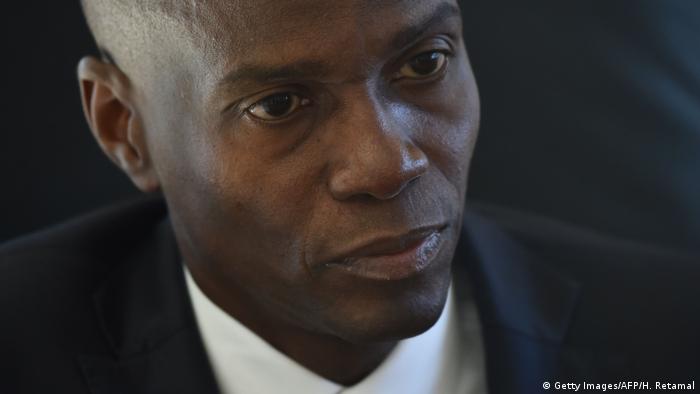 Businessman Jovenel Moise will be sworn in as Haiti's new president next month after an election tribunal rejected allegations of massive voter fraud during November's elections.

On Tuesday, Haiti's election tribunal announced that "there was no massive fraud in the election" despite there being recorded instances of "irregularities which did not affect the electoral process."

Banana exporter Jovenel Moise has claimed over half of the popular vote in Haiti, early results show. If the reports are confirmed, the businessman would become president without a run-off vote. (29.11.2016)

After months of setbacks, polls have opened in Haiti for voting in presidential elections. Leaders hope the vote will restore constitutional order in the Caribbean nation's fragile democracy. (20.11.2016)

US suspends deportations to Haiti in wake of Hurricane Matthew

The US has suspended deportations to Haiti after Hurricane Matthew. More than two million people in Haiti have been impacted by the worst disaster to hit the country since a 2010 earthquake. (12.10.2016)

Moise is expected to take office by the constitutional deadline on February 7. A successful banana exporter and first-time candidate, he ran for former President Michel Martelly's Tet Kale (PHTK) party. He won more than 55 percent of votes cast in the November 20 election.

November's first-round election was a repeat of the October 2015 election, which Moise also won. That result was later annulled, however, after a special commission found significant voter fraud. Haiti has been led by interim president Jocelerme Privert since February 2016.

Opponents of Moise have repeatedly claimed they would never accept the PHTK candidate's victory.

After Tuesday's announcement, Narcisse supporters marched in the streets of the capital, Port-au-Prince, to protest the electoral tribunal's decision. At the same time, supporters of Moise posted photos and posters of the winning candidate.

According to The Associated Press news agency, there were no reports of significant violence between the different political camps.

Significant challenges lie ahead for Moise once he takes office. Haiti is one of the poorest countries in the world. With an economy highly dependent on agriculture, the island nation has been severely impacted by a series of devastating natural disasters.

The country is still reeling after Hurricane Matthew, a Category 4 storm, tore through the island in October, killing up to 1,000 people and leaving 1.4 million in need of humanitarian aid. The UN has estimated that around 80 percent of crops have been lost in some areas.

Haiti was still recovering from a devastating 2010 earthquake, which killed more than 100,000 people, when the hurricane hit.