Josef Schuster: 'Antisemitism is misanthropic, no matter where' 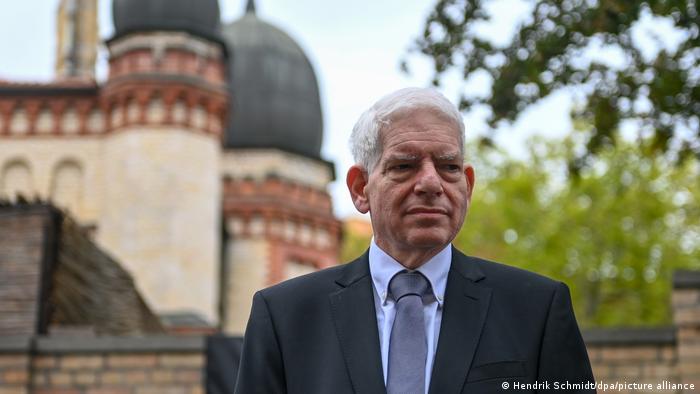 DW: Documenta kicked off in June with a major antisemitism scandal. It was about the banner "People's Justice" by Taring Padi, which clearly showed antisemitic images. You said at the time that it had exceeded your wildest nightmares. What did you mean?

Josef Schuster: We pointed out in advance and warned against possible Israel-related antisemitism, something I could imagine in such an art exhibition. But the fact is: I did not expect classic antisemitism, such blatant antisemitism. That's what I meant when I said that it wen beyond "my wildest nightmares."

To what extent was antisemitism clearly recognizable?

The characters depicted were quite clearly recognizable as Jews, using all the familiar antisemitic cliches.

As you said, the were warning signs ahead of the event, including that the Indonesian curatorial collective Ruangrupa was close to BDS — the anti-Israel Boycott, Divestment and Sanctions movement. Why wasn't this scandal avoided?

I have no explanation at all. We clearly pointed it out in the run-up, also in talks with the Federal Commissioner for Culture and the Media, Claudia Roth. She said she guaranteed, after consultation with those responsible in Kassel, that there would be no antisemitic depictions at documenta. She says she was deceived.

Does that mean that other items had been warned about beforehand, beyond the mural that came into the spotlight?

Up front, no one asked: What pictures are being shown? The question was rather: Will it be ensured that no antisemitic depictions show up at the exhibition? And she [the minister] had obtained explicit confirmation that this would be the case. 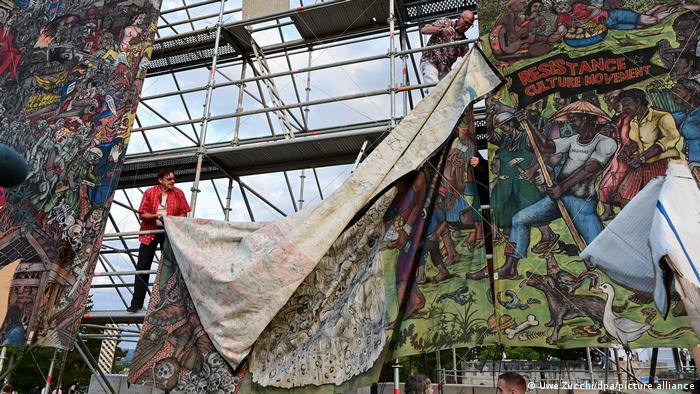 Following strong criticism, the 'People's Justice' banner was taken down

The next scandal involving antisemitic depictions followed in July. It was about a brochure with drawings by Syrian artist Burhan Karkoutly. They were reviewed, were deemed to be legally airtight, and are still on display, though with a commentary. What about that approach?

It's not even the question of whether something is legally airtight, but about the fact of the representation of antisemitism. And even if it's not legally actionable, I don't think antisemitism in any form has any place at an international art exhibition in Germany in 2022.

Ruangrupa argued that they were from a different cultural context and that antisemitism is different in Indonesia than in Germany. Is that a legitimate way to look at the dilemma?

That may be the case, but as far as I am concerned, antisemitism is misanthropy, no matter where it happens, whether it's in Indonesia or in Germany. Of course, anti-Jewish, anti-Israel stereotypes are unfortunately commonplace in some countries. But that cannot happen in Germany, with its history and its responsibility. 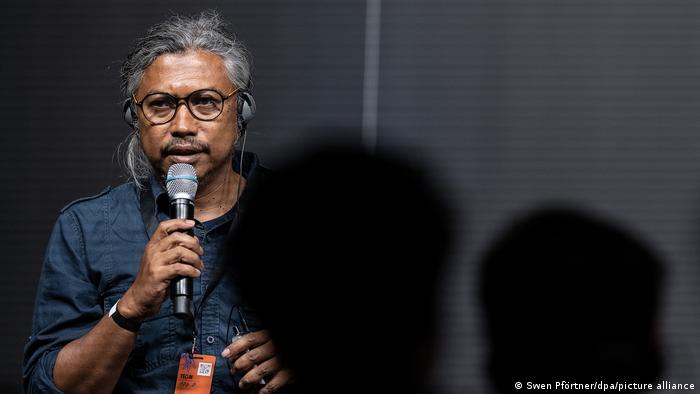 Claudia Roth says that from now on, she wants to have more control over the documenta, a state-funded art exhibition. Is that the solution?

I don't know if it's the solution, but it's a decision that I think is very important and right. You simply can't promote antisemitism in art exhibitions with state funds; that is, with taxpayers' money.

Did anyone get in touch with the Central Council of Jews, consult with you?

We happened to talk with Claudia Roth at the beginning of the year. She was new in her office, but we spoke extensively about the documenta. She had another appointment, so we agreed to continue the discussion at short notice. "Short notice," however, is a flexible term.

Were you in touch with members of Ruangrupa?

No, we were not in touch with them at all. Nobody approached us from their side and we didn't approach them either. Along with the artists' group and the curators, the responsibility lies with documenta management. It was also the duty of the shareholders and the documenta supervisory board.

How do you rate the current personnel situation at documenta?

It is absolutely inadequate. The managing director was dismissed after much back and forth, and  [interim director Alexander] Fahrenholtz was appointed. However, what I heard and saw from Mr. Fahrenholtz during the next antisemitic incident was unfortunately in no way an improvement.

[Editor's note: This interview was conducted prior to an advisory committee's call on September 13 to halt the screening of a video work part of the "Tokyo Reels project," which was deemed antisemitic.

The curatorial team has so far rejected calls for cancellation, but shareholders back the expert panel's recommendation.

Josef Schuster sent the following statement on the case: "I welcome the statement by the shareholders, but would have liked such a sign much earlier. I expect those responsible will ensure that the state-sponsored antisemitism displayed here will be halted before September 25."]

Despite all these events, documenta continues ...

To my chagrin, it is still on, and it shows Palestinian propaganda by people who were close to the RAF terrorists, were also close to other terrorist groups — every day on a continuous loop.

Would you say documenta's reputation has been damaged?

Yes, I think so. I don't know the number of visitors, but some people have told me they always visited documenta — but this year, have canceled their hotel reservations. Even Germany's chancellor canceled his participation. 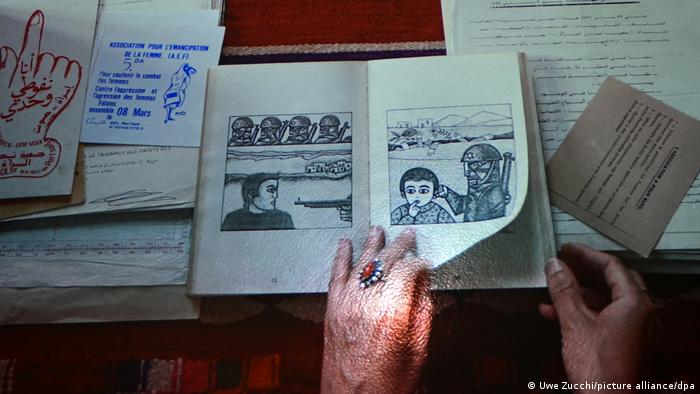 Another controversial work: Drawings in the brochure "Presence des Femmes"

A year ago you said the far right is responsible for most antisemitic crimes. Is that still the case?

Nothing has changed in that regard. I still see the majority of antisemitic crimes coming from the far right. But we also see antisemitic leanings on the political left and in the midst of society. There is also antisemitism among Muslims. However, there is a difference between attitudes and crimes.

What can we do about that?

There is only one possibility, and that is education, beginning at a young age in school.

Josef Schuster has been president of the Central Council of Jews in Germany since 2014. The council was founded in 1950 and represents the political and social interests of the Jewish communities in Germany.

The interview was originally conducted in German.

Weeks after the removal of an artwork containing antisemitic depictions, Sabine Schormann, director general of documenta, defends the leadership team's response to the controversy.