Jordan's embattled prime minister has reportedly stepped down from his post during a meeting with King Abdullah II. The move follows days of anti-government protests that were sparked by anger over economic policies. 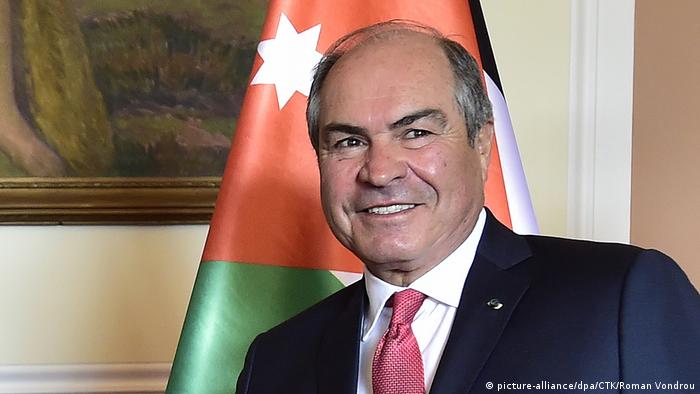 Jordanian Prime Minister Hani Mulki resigned from his post during a meeting with King Abdullah II on Monday, according to an official website linked to Jordan's military.

Mulki had been summoned by the monarch following five days of protests against planned austerity measures to implement by the government of the desert kingdom.

'May not be enough'

Middle East analyst James Dorsey warned that Mulki's departure may not be enough to satisfy protesters. "Jordanians may this time round not be pacified by cosmetic measures like Mulki's resignation and the temporary rescinding of price and tax hikes," he said.

Anti-austerity protests in Jordan: Widespread anger over the government's recent austerity policies prompted mass protests in recent days against a tax hike as well as the abolition of bread subsidies. Around 60 people were detained during the protests with 42 security personnel injured. Both measures were pushed for by the International Monetary Fund (IMF) to get Jordan's rising public debt under control.

Income tax law: Last month, the government adopted a draft law which would increase taxes on employees by around 5 percent and on companies by as much as 40 percent. The measures have yet to be approved by parliament, however most lawmakers opposed the proposed taxation. 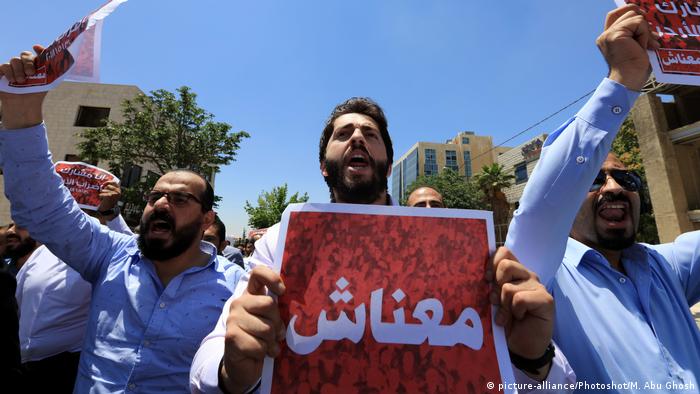 How long did Muli serve as prime minister? Mulki, a business-friendly politician, was appointed prime minister in May 2016. He was tasked with boosting the country's sluggish economy that has been hit by instability in the region.

Economic downturn: Jordan's economy has suffered in recent years, affected by high unemployment and an influx of refugees from regional conflicts, particularly in neighboring Iraq and Syria. Jordan also hosts almost half of the roughly five million Palestinian refugees and their descendants in the region.

Read more: German foreign minister sees 'other side' of refugee plight in Jordan Jordanians protest against the income tax draft law in Amman

In 2016, Jordan secured a three-year loan, amounting to 723 million dollars, from the IMF, with the aim of lowering the country's public debt from about 94 percent of GDP to 77 percent by 2021. Fuel prices have increased five times in the kingdom since January and electricity bills have gone up 55 percent since February.

The government stood firm on the proposed income tax law, saying it aims to fight tax evasion. Critics said a proposed lowering of the annual tax-free allowance to 8,000 dinars (€9,629, $11,283) from 12,000 dinars could have a negative impact on working and middle class families. Trade unions said a strike planned for Wednesday will go ahead.

German Defense Minister Ursula von der Leyen has handed over 16 armored vehicles to Jordan. A further 34 vehicles will follow as part of a multi-million-euro defense aid package to help the country defend its borders. (11.12.2016)