Jordanians are voting in parliamentary elections as the country faces economic troubles and chaos in the Middle East. The parliament has little power in a country dominated by King Abdullah II. 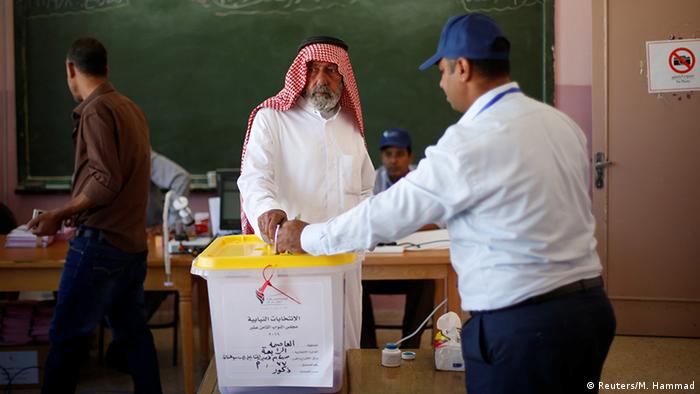 About 4 million Jordanians on Tuesday are casting ballots to elect members of parliament under new electoral rules.

The Islamic Action Front (IAF), the political wing of the Muslim Brotherhood, is expected to perform well, possibly picking up to 20 percent of the seats in the 130 member parliament.

The Jordan branch of the region wide Islamic movement has boycotted the last two elections. Other opposition groups have also boycotted elections.

Under new election rules, voters will vote for party lists as well as candidates on each list at the district level. 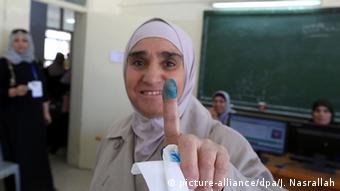 Jordanian woman shows her ink-stained finger after casting her ballot

The change is viewed by analysts as a small concession for pro-democracy advocates and the opposition.

Previously, voters cast ballots for candidates on a "one person, one vote" system. That benefited rural tribal blocs that back the monarchy.

There are 1,252 candidates running on 226 lists, but only six percent of the lists are affiliated with a party. Thirty-nine percent are independent candidates and 43 percent are based on tribal ties, according to the US-based International Republican Institute.

A key test on Tuesday will be voter turnout, which could send a signal about how Jordanians feel about the pace of reforms.

The vote comes as the pro-Western desert kingdom is surrounded by instability and conflict in neighboring Iraq and Syria. 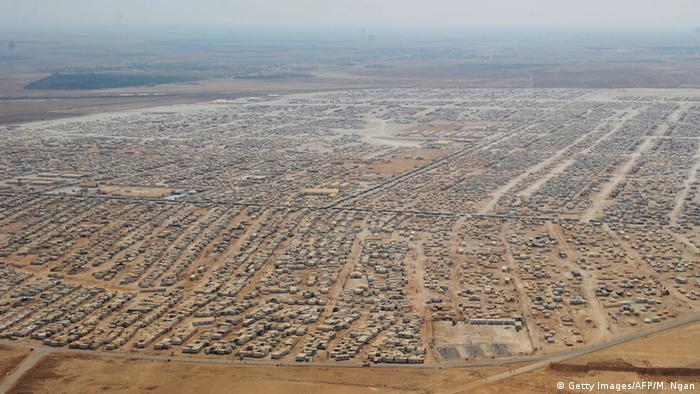 Jordan hosts some 655,000 registered Syrian refugees and another 58,000 from Iraq, according to the UN refugee agency, with many more undocumented.

The nation of 6 million has the second highest number of refugees per 1,000 inhabitants in the world.

A top concern of voters, however, is the economy and high unemployment.

As Jordan heads to the polls, voters might shun the ballot box

Jordanians are frustrated with the fight against 'IS' terrorism, the situation in Syria and the large number of refugees Jordan is hosting. Many say they won't bother to vote on Tuesday. Bethan Staton reports from Amman. (19.09.2016)

In a newly published report, the IMF said years of conflict have destroyed the economies of several countries in the Middle East. The organization said it could take years for countries to regain their footing. (16.09.2016)

Jobs for refugees: A portrait of banker Lanna Idriss