Joachim Löw experimented with his side as Germany hosted the USA in Cologne. But he will still have thinking to do ahead of Saturday's qualifier against Gibraltar, as the US snatched a late win over the World Champions. 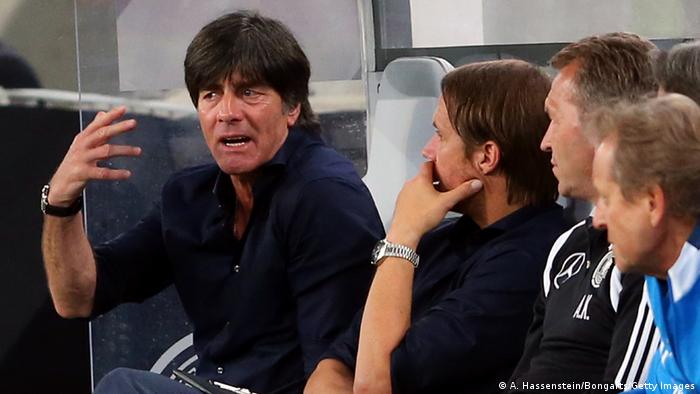 The United States of America scored late on through Bobby Wood of now third division Erzgebirge Aue to seal a first ever win against Germany on German soil. Mario Götze opened the scoring early in the first half, before Mikkel Diskerud levelled the scores before half-time. Substitute Wood snatched the late win for the Americans, as Joachim Löw experimented with his side before a crucial match with Gibraltar on Saturday.

Löw made six changes to the side that beat Georgia in March - Borussia Mönchengladbach's Patrick Herrmann making his international debut - and Germany started the match with an energy not seen from the team since their World Cup glory. A fast tempo was matched by assured passing and good movement in atttack, which was rewarded as they took the lead inside 15 minutes. A superb jinking run from debutant Herrmann - the best player on the pitch in the first half - was finished off by the World Cup final hero, Mario Götze. The 23-year old is the only player to have started every game for Germany since the World Cup final.

The Americans were far from being outplayed, though. Mikkel Diskerud and Gyasi Zardes both had chances to bring the score level shortly after the opener. Patrick Herrmann continued to torment his Borussia Mönchengladbach team-mate Fabian Johnson down the right-hand side, but no real chances were created until just before half-time.

Former Gladbach midfielder Michael Bradley looked to the back-post with a perfectly weighted long-ball, which Diskerud controlled with his chest and finished past Ron-Robert Zieler in one movement. A deserved equallizer for the US, which concluded a superb sequence of 30 passes before Diskerud's finish.

The score-line could have been in their favor at the break, too, as Zardes was played through but fired his effort over the bar as he fell just outside the box. Level at the break, which was a fair reflection on the opening half. 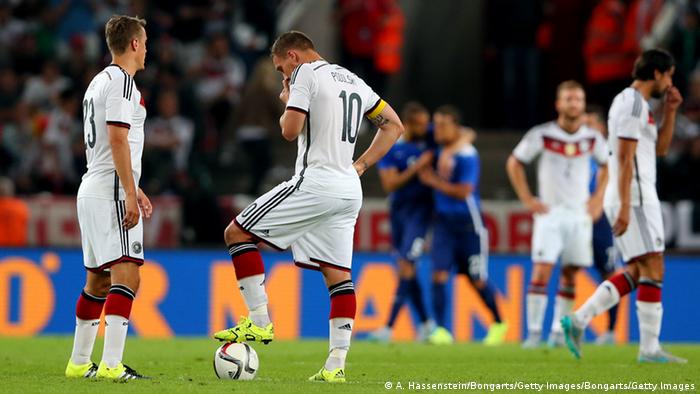 It was a frustrating night for the changed Germany side, as the US outplayed the hosts in the second half.

Lukas Podolski, playing at his true home ground, was brought on at half-time and given the captain's armband. But the US started the second-half as they had finished the first. Diskerud played a lofted ball through for Zardes, who chested down but as he was about to shoot, a superb intervention from Sebastian Rudy cleared the danger. The US were dominating proceedings, but failing to create any clear-cut chances as we passed 70 minutes.

Germany were on the back foot for most of the half, as Joachim Löw experimented with formations and introduced substitutes. Zieler was forced into a superb reflex save, as Bradley was found by DeAndre Yedlin on the edge of the box - Zieler saving his left-footed drive with his feet. Before the end.

Zieler was left with a final task of picking the ball out of his net, as former 1860 Munich player Bobby Wood - at relegated Erzgebirge Aue for the second half of the season - fired the USA to victory. With space to use, Wood turned away from Shkodran Mustafi and drilled a left-footed shot from range past the diving Zieler. Joachim Löw's experimenting not paying off, as the United States win for the first time against Germany on German soil.

"I've always said they were a good team," Bastian Schweinsteiger said after the game. "For us, it was about raising our fitness levels ahead of the game at the weekend." Germany next face Gibraltar on Saturday in a crucial European Championships qualifier in Sao Joao da Venda.