At the age of 38, Jennifer Teege discovered by chance that she is the granddaughter of Amon Göth, the notorious Nazi concentration camp commander depicted in the movie Schindler's List. 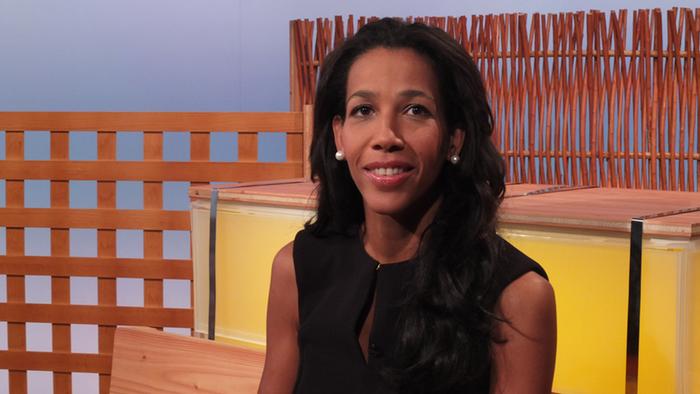 On Talking Germany, she'll be looking back at the day her life changed, recalling her childhood in a home and growing up in a foster family.

Born in Munich in 1973, Jennifer Teege's mother was Monika Göth, the daughter of Amon Göth, a reviled concentration camp commander who was executed in Poland in 1946. Her biological father was a Nigerian who had come to Germany to study. Her parents split up very soon and Jennifer's mother, traumatized by her family background, handed her daughter over to a children's home. At first, she would visit her regularly and take her to see her grandmother, Ruth Irene Kalder, Amon Göth's partner. It was only decades later that Jennifer realized who her family was - after she happened across a book in a library. She was adopted at the age of seven and grew up in Munich with two blonde brothers. The family never talked about the fact she was adopted and acted as though there was nothing unusual about her background. But at the age of 20, she began to suffer from depression, which got progressively worse. She tried all sorts of therapies but nothing helped. Nor did extensive travel. After finishing school, she went to France, where she studied at the Sorbonne. Then she went to Israel, where she fell in love and stayed for five years, learning Hebrew and pursuing a course in Middle Eastern and African Studies. When the relationship ended she returned to Germany and worked in advertising. She met her current partner in Hamburg and had two children. Her life seemed very normal - until one day, a chance discovery turned it upside down.

Claus Hipp is a familiar face in Germany, not least because he personally appears in the commercials for his baby food company. On Talking Germany he'll be talking about jars of cereal, organic farming and good manners.

Alexandra Kalle discovered her olfactory talent in her late twenties and gave up her career as a marketing expert. Today she works for a fragrance company that makes the world famous brand 4711 Original Eau de Cologne. On Talking Germany, Alexandra Kalle speaks about her sensory relationship to her work.

Amir Kabbani is one of Germany's best dirt bikers. On hazardous circuits he jumps over earth mounds and other obstacles on his mountain bike, and catapults down steep slopes and ramps. Amir Kabbani is 24 and grew up in Boppard on the Rhine. He practices in the forests around the wine-growing town. On Talking Germany he talks about renown and risks in his extreme sport.