Sempe went on to become a famous illustrator, but had a tough life

"Sempe, it was the drawing and the text. It was the smile and the poetry. Sometimes it is the tears of laughter in the eyes, this evening it is tears of emotion," French Prime Minister Elisabeth Borne tweeted.

Sempe's biographer and friend, Marc Lecarpentier, told AFP that Sempe "died peacefully (Thursday) evening… at his holiday residence, surrounded by his wife and his close friends." 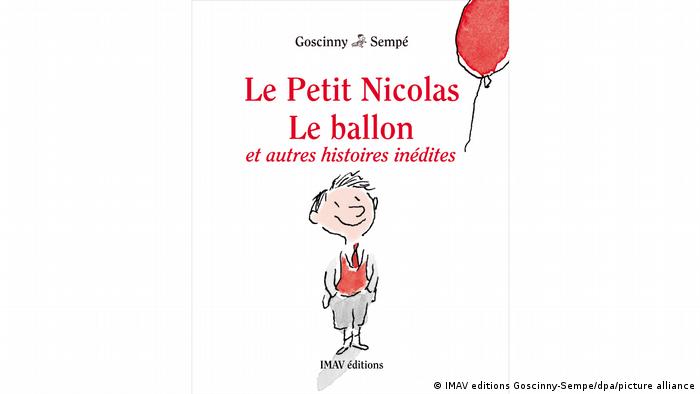 "Little Nicolas," a national treasure in France, didn't find immediate success when it was first published in 1959.

Today, the books, which depict an idealized vision of childhood in 1950s France, are international best-sellers, with more than 15 million copies sold in 45 countries.

The books have been adapted into popular film and cartoon series.

In 1978, Sempe went on to work for the New Yorker magazine, where he illustrated more covers than any other artist.

Sempe was born in a village town near Bordeaux city, southwestern France, and lived in an abusive foster home till his mother took him home.

But his mother and stepfather at home were also abusive. Sempe talked about his childhood in interviews much later in life.

"The Nicolas stories were a way to revisit the misery I endured while growing up while making sure everything out just fine," Sempe said in 2018.

Sempe wanted to be a jazz pianist but began selling drawings to Parisian newspapers to make a living when he was really young.

He befriended French comic editor and writer, Rene Goscinny of "Asterix" fame, at a press agency around the time.

Together, they invented the "Little Nicolas" series.

Sempe goes to work for the New Yorker

Still, it was difficult to find success during the early years of "Little Nicolas."

Sempe has even described his early career as having been "horrible" that only changed after he was hired by the New Yorker in 1978.

"I was almost 50 and for the first time in life, I existed! I had finally found my family," Sempe said, after joining the magazine.