On April 1, welcome ceremonies were held at companies across Japan for more than 840,000 young people starting their first day at work. But overworked and underpaid, the face a bleak future. 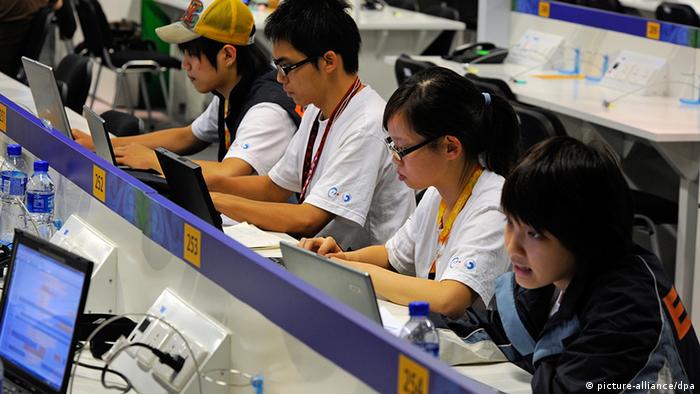 Sho Hagiwara detests his job. Hired as a sales representative for a well-known food company based in Tokyo, Hagiwara - not his real name - realized the immense pressure he was under shortly after he joined the firm three years ago. Unable to meet the demands of his hectoring department boss, Hagiwara says he came close to suffering a breakdown.

Given the growing pressure to meet sales targets he claims were unrealistic, 27-year-old Hagiwara says it was something of a relief to be dispatched to the firm's factory, where he now spends his working days operating packaging machinery.

But his pay has been reduced for what is considered a menial job and the demotion means that his pension and health benefits are similarly affected.

"I want to quit, but there are not many full-time opportunities out there any more and it does not look good to another employer to leave a company," he admits with a shrug. "So I keep going back. But I don't know how long I will be able to stand it."

Hagiwara is among a growing number of young people disillusioned with the employment situation in a nation that not long ago had a reputation that was envied around the world for promising workers a job and steady income for their entire working life, followed by a comfortable retirement.

The reality in cash-strapped Japanese companies today is very different, according to Chie Matsumoto, a labor activist who works with broadcaster with Labornet TV.

"Lots of companies have manpower shortages so they make the new recruits work very hard from the get-go so they are very soon worn out," she told DW. 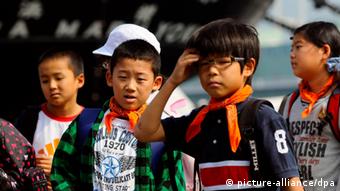 How many hours will these kids work later on?

"And a lot of Japan's smaller and medium-sized companies either do not know about or simply fail to respect labor laws," she said, pointing out that the wording of current legislation essentially permits a company to require its staff to perform 100 hours of unpaid "voluntary" overtime work every month.

The figure of 100 hours is a result of recent legislation designed to combat the problem of "karoshi" - the serious problem of working oneself to death in Japanese firms. "And companies are aware that they are liable for legal action if they make their staff put in more than that many hours of unpaid overtime a month, so that is where most of them draw the line," Matsumoto said.

A decade ago, karoshi was a problem that primarily affected older workers, she added, but it is increasingly becoming a problem among 20-something employees - although the time it takes to have the authorities to confirm that a death is work-related means that it is difficult to get a firm idea of the numbers involved.

There have also been several incidents of young workers under pressure from their superiors who have become so desperate that they have killed themselves.

In February last year, an examiner approved a workers' accident compensation claim against Watami Foodservice Co., which operates a chain of popular "izakaya" pubs across the country.

The ruling stated that Mina Mori, 26, had killed herself just two months after joining the company due to mental health problems caused by excessively long working hours.

As well as her 3 pm to 3 am regular shift, Ms. Mori was required to work an additional three hours and on her days off she was required to attend early morning company study meetings. On top of her regular working hours, Mori put in 140 hours of overtime per month.

Watami disputed the claim and a spokesman later issued a statement in which the company said, "The examiner's recognition [of the claim] is regrettable." 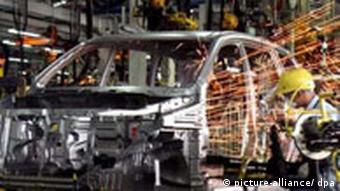 Suicide was the leading cause of death among Japanese people in their 20s and 30s last year, with the Cabinet Office stating in its annual report on suicide that efforts need to be made in the area of employment to stop young people killing themselves.

There is new concern among workers here that the Liberal Democratic Party government voted into power in last December's general election are going to pander to the corporations from which they draw a great deal of support.

"It's difficult to say where Prime Minister Shinzo Abe stands on employment at the moment," said Eiichi Ito, director of the Japan chapter of Union Network International. "He has moved to raise the minimum wage, on one hand, but at the same time he has plans to deregulate the labor laws to make it much easier for companies to more easily lay off workers.

"The situation in Japanese society is very complex at the moment," he added. "Employers are looking to take every opportunity to get an advantage, but that does mean that a lot of workers today are forced to live in a miserable situation. Even if they work for 20 or 30 years, they have very little when they retire.

"If we carry on in this current way, I fear that we will not be able to maintain Japanese society," he said.