Japan is under fire from environmental groups over its latest whaling expedition in the Antarctic amid allegations that Tokyo used tsunami disaster aid to beef up security for its fleet. 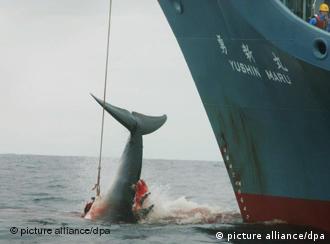 The Japanese whaling fleet is often targeted by campaigners

Japan's annual whaling trip to the Antarctic Ocean has been mired in controversy, amid accusations that the fleet has been taking cash intended for fishing communities hit by the March earthquake and tsunami.

"We cannot understand how it can use money from the aid fund for whaling in the Antarctic rather than spending it on rebuilding the economy and helping its own people."

"It is absolutely disgraceful for the Japanese government to pump yet more taxpayer money on an unneeded, unwanted and economically unviable whaling program when funds are desperately needed for recovery efforts," Sato said in a statement.

The Japanese government has defended the use of the tsunami funds, saying it would help beef up security for its ships and protect them during clashes with anti-whaling activists on the high seas. 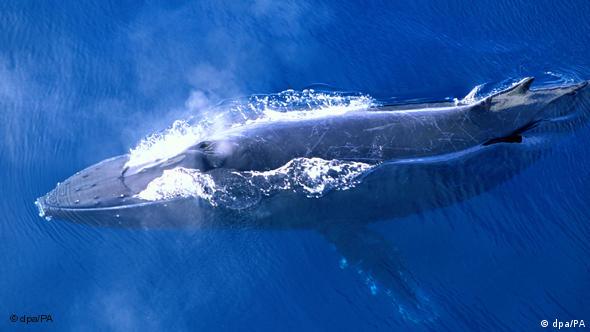 Japan says its whale hunts are meant for "scientific research"

"We will bolster measures against acts of sabotage by anti-whaling groups so as to stably carry out the Antarctic whaling research," the Japanese fisheries department said in a statement.

On Friday, Japan's whaling authorities also said they are suing US-based campaign group the Sea Shepherd Conservation Society in a bid to stop it interfering in the annual whale hunt. It's the first time that Japan has attempted legal action abroad against anti-whaling campaigners.

The Sea Shepherd Conservation Society has sometimes used extreme methods against ships involved in the hunt, including hurling stink bombs onto the decks of Japanese fleets and positioning its vessels between the harpooners and their prey.

In February, Japan cut short its hunt for the 2010-2011 season by one month after bagging only one fifth of its planned catch, blaming interference from Sea Shepherd.

Japanese Fisheries Agency official Tatsuya Nakaoku has said the tsunami funds would also help coastal towns that largely depend on whaling to recover from the March disasters. 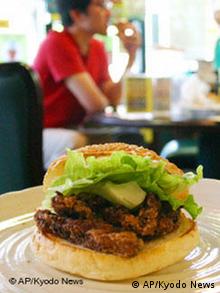 "This program can help it reconstruct food processing plants there," Nakaoku told news agency AFP. "Many people in the area eat whale meat, too. They are waiting for Japan's commercial whaling to resume."

But environmentalists disagree, saying that Japan's whaling is driven solely by its powerful whaling industry lobby.

Commercial whaling remains illegal under an international treaty but since 1987 the International Whaling Commission (IWC) permits Japan to kill a limited number of whales for "scientific research."

"Everyone knows it's not necessary to kill whales to find out new things about their lives," Gramling said.

He said the practice amounted to commercial whaling by another name since the IWC allows meat from the research expeditions to be sold to restaurants and shops.

Emissions of radioactive materials from the crippled Fukushima nuclear plant are down by half over the past month, according to operator TEPCO. But fears of radioactivity spreading to other areas are increasing. (17.10.2011)

Japanese exhibitors at the Anuga food and drink trade fair in Cologne have had a tough year exporting to Europe. Memories of the Fukushima nuclear problems are strong in Europe, but a grasp of Japanese geography is not. (11.10.2011)

The International Whaling Commission passed a measure intended to increase transparency and address allegations of vote-buying. But this comes at the cost of scuttling a proposal to increase civil society participation. (14.07.2011)