For the last decade Japanese manga comics have increasingly elbowed their way into the German teenage world. The creators of manga heroes are often as young as their readers -- and are, increasingly, young women. 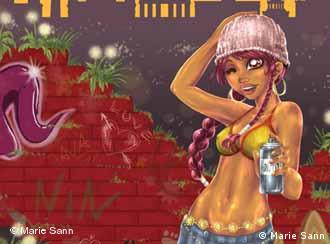 Here's a normal scene during a book fair in Germany: young people have dressed themselves in colorful, whimsical clothes and layered on the makeup. They're engaged in "costume play" to get under the skin of manga heroes and interact with the comic world.

The manga scene in Germany is more than just a style phenomenon. The Japanese comics are big business. Joachim Kaps, from the publisher Tokyopop, estimates in 2005 the sales of Japanese and Korean manga in Germany was around 70 million euros ($90 million.) 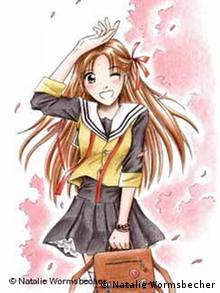 Although the majority of manga comics sold in Germany are translations of Japanese originals, approximately 20 percent of manga were sketched in Germany. Young women 18 to 25 drive the market. While men traditionally sat behind the drawing table, a wave of female artists have cropped up. Teenage girls regularly participate in competitions organized by publishing houses.

"At previous competitions, more than 90 percent of all contributions were from women, while less than 10 percent were drawn by young men," said Marcus Tieschky, an organizer of the Comic Campus. 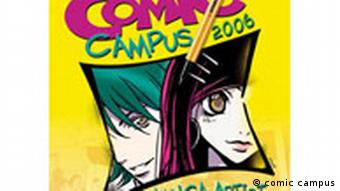 An advertisement for a Manga drawing competition

There are also exceptions, Wormsbecher said, even in the German scene. Detta Zimmermann, for example, draws adventure history most often read by men, and is very successful. 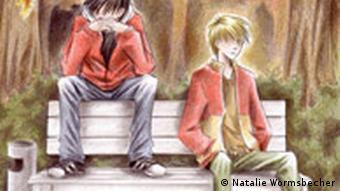 Approximately half of the comics drawn by girls have topics from everyday life (school, friendships or love) and the other half from fantasy themes (like angels and demons.) With boys, the fantasy themes (especially technology and science fiction) outweigh everything else, Tieschky said. The manga scene in Germany has more thematic variety than the original Japanese comics.

"The Japanese artists and their work have had paramount influence on (German) artists, " said Christina Gossel, from the Tokyopop publishing house. "But with many (artists), one increasingly sees that with more experience and practice, they are developing their own style." 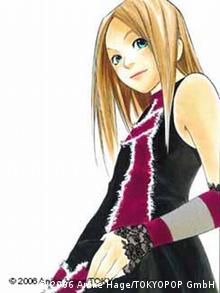 Most manga artists get their first drawing itch after exposure to Japanese manga. Young artists copy the Japanese style. But later, inspirations from other sources get added.

"I don't have any specific model. Formerly, I was fascinated with Satoshi Urushihara and often tried to copy that style. Now, I am inspired by various artists, not only manga ones," said Berliner Marie Sann. 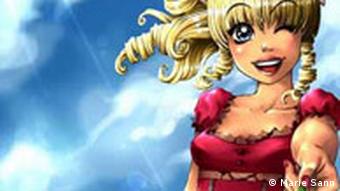 A figure by Marie Sann

The large comics publishers control more than 70 percent of the manga comics sold in stores. Yet there are other options for aspiring artists. When one of the big three manga publishing firms - Tokyopop, Carlsen and Egmont Manga & Anime (EMA) - passes on an artist, there's always the Internet, Fanzines and small publishers.

The German manga phenomenon's influence has crossed beyond the world of comics and into popular culture. It can be seen in videos and magazines which stamp manga as a style choice for 12 to 25 year olds. Merchandizing becomes an additional source of income for the Mangakas, as young manga female artists are called. 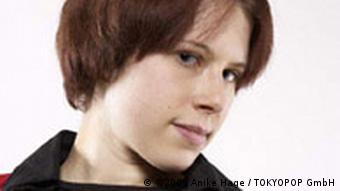 Anike Hage, author of the popular Gothic Sports, said she sees the developments in manga as largely positive.

"I'm a little worried when one has to draw for free, because there are so many young artists that demand no or very little money for their work, but always deliver better quality. I find it good that there are always more fans drawing, because it keeps (manga) moving."

A new comic book launched in the German state of North-Rhine Westphalia hopes to encourage youngsters to have the strength to oppose far-right extremism in their everyday lives. (30.08.2005)

For many, comics still represent the fantasy realm of Mickey Mouse and Spider-Man. But two new releases in Germany deal with a very real horror, the Holocaust. Some question if the subject is appropriate for the format. (24.06.2005)

The newest comic craze from Japan conquers Europe. While teenage girls are fascinated with their exotic new heroes, their parents are concerned about what they consider inappropriate content. (26.06.2002)