The number of foreign tourists visiting Japan has reached a record high, the government in Tokyo has said. It wants to double the number by 2020 when the Asian country hosts the Olympic Games and Paralympics. 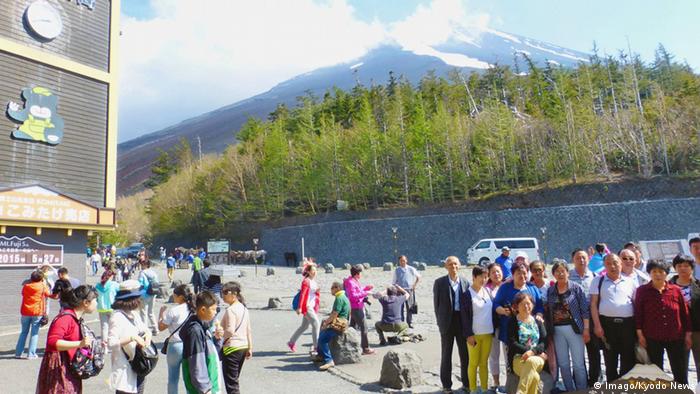 The number of overseas tourists to Japan increased by 22 percent in 2016 year on year, the government in Tokyo announced Tuesday.

It said a record 24 million foreign tourists came to the Asian nation last year, surpassing the 20-million threshold for the first time.

He spoke of a rising number of cruise ship arrivals, especially from China, and more direct flights from South-East Asian nations.

"Tourism continued to grow firmly," Tourism Minister Keiichi Ishii said in a statement, adding that he hoped the momentum could be maintained in the years ahead.

In a bid to attract up to 40 million tourists in 2020, when Japan hosts the Tokyo Olympics and Paralympics, the government is planning to modernize the country's airports and seaports and approve access to national parks and cultural attractions.

Japanese daily "The Mainichi" reported the tourism minister would also submit a bill to promote the "minpaku" system of "offering paid accommodations in private homes to offset a shortage of hotels and inns."

Celebrating its first Mountain Day, Japan hopes for less stress for its workers and more spending for its economy, all in admiration of its famous peaks. But many may not even be aware of the brand new holiday. (11.08.2016)