The Japanese parliament has approved a new mandate for Prime Minister Shinzo Abe after his party easily won a recent snap election. Abe has maintained his grip on power despite reports of influence peddling. 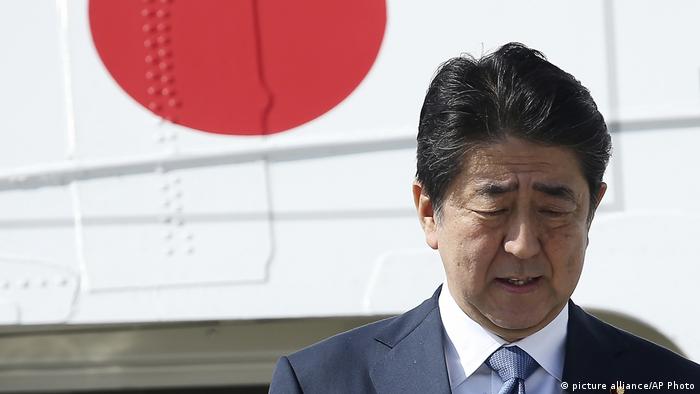 Japanese Prime Minister Shinzo Abe was confirmed as head of government on Wednesday, with 312 lawmakers voting for him in Japan's 465-seat lower house of parliament. He is expected to re-appoint all of his cabinet ministers later in the day.

The conservative leader called for a snap election in September, saying that he needed a fresh mandate to deal with threats from North Korea. However, observers suggested that the move was linked with Abe's plunging ratings and scandals involving his wife Akie and friend Kotaro Kake. Abe was accused of intervening on behalf of Kake to set up a veterinary medicine school.

Despite these accusations, Abe won a resounding victory in the October 22 poll, with his Liberal Democratic Party and junior coalition partner, the Komei Party, retaining a two-thirds majority in the lower chamber. The level of parliamentary support allows the ruling coalition to reform Japan's pacifist constitution. Abe has repeatedly pushed for such reforms amid looming threats from Beijing and Pyongyang.

The first mission of the re-elected cabinet, however, is expected to be directing more funds to child care and boosting productivity. Abe is also preparing to host the US President Donald Trump, who is set to arrive to Japan on November 5 for a three-day visit.

Ahead of the visit, Trump told Abe "he is looking forward to his visit to Japan, that Japan and America are 100 percent together and there is no room to doubt the Japan-U.S. alliance," Japanese Deputy Chief Cabinet Secretary Yasutoshi Nishimura told reporters.

Abe has been in power since 2012, with Japan's economic performance gradually improving under his rule. Wage growth, however, has been sluggish and Abe's open nationalism has ruffled feathers in the region.