As Japan prepares for the emperor's abdication ceremonies, his grandson Prince Hisahito has become the center of a security breach. A knife was placed on the 12-year-old's school desk. 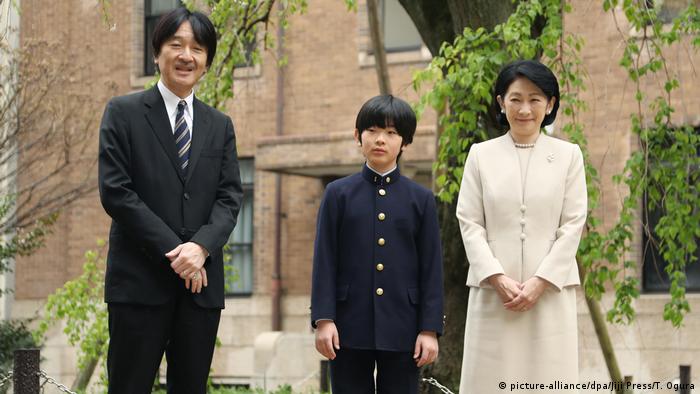 Police are investigating how two kitchen knives were placed on and near Prince Hisahito's desk at his junior high school on the Ochanomizu University campus in Tokyo.

Each desk in the schoolroom has the name of the student attached to it, indicating the knife was placed with intent. The young prince, who started attending the school this month, was in another part of the building when the knives were placed, apparently by an intruder on Friday.

Police on Saturday said an unidentified man had been caught on camera dressed in blue and wearing a helmet, posing as a building worker.

Abdication of an emperor

The 12-year-old will rise to second in line to the throne after his grandfather, the current Emperor Akihito abdicates on Tuesday, bringing an end to his 30-year reign.

Japan has a male-only succession rule and the voluntary move by the 85-year-old is due to health concerns. He is the first emperor to abdicate since 1817.

Naruhito spent two years studying at Oxford in the UK, writing a thesis on medieval water transport on the Thames.

Prince Hisahito's father, the 53-year-old Prince Akishino will then become first in line to the throne. He is married to the 52-year-old Kiko, Princess Akishino.