Japan Denies Rift With G4 Partners Over Security Council Plan | Germany | News and in-depth reporting from Berlin and beyond | DW | 09.01.2006

Japan has said its decision this week not to join Brazil, Germany and India in resubmitting a draft resolution on enlarging the UN Security Council did not signal a rift with its so-called G4 partners. 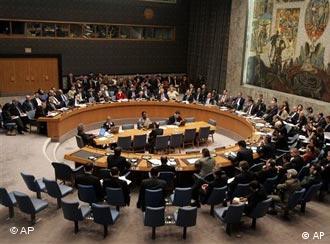 "There is a clear distinction between the G4 draft resolution and the G4 cooperative framework," Shinichi Iida, first secretary at Japan's UN mission, told AFP. "We do not believe the G4 draft in its current form can garner the necessary support," he added. "However the G4 is the driving force behind Security Council reform and we need the G4 countries to cooperate together."

The latest draft submitted to the UN Secretariat is similar to one already presented last year by Brazil, Germany, India and Japan which failed to secure the necessary two-thirds majority in the UN General Assembly. It calls for boosting the council's membership from the current 15 to 25, with six new permanent seats with no veto power -- one for each of the G4 members plus two for the African region -- and four new non-permanent seats.

But the text met stiff opposition from the United States and China, both permanent veto-wielding members of the council along with Britain, France and Russia.

Japan to draw up own proposal while advocating unity

Japan said it was drawing up its own new UN proposal that it hoped would be acceptable to Washington, its main ally, for securing a prestigious permanent seat on the Security Council. 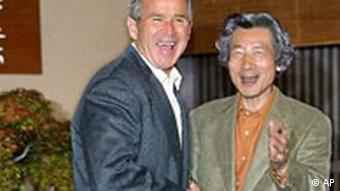 Japan is cosying up to the United States -- a move that has unsettled its G4 partners.

Japan, the UN's number-two contributor after the United States, renewed its complaints last month that it pays too much to the world body, after Secretary General Kofi Annan said Tokyo should not slash its contribution despite losing its bid for a permanent council seat.

"We are in serious dialogue with the United States and we are hoping we will be able to come up with a new plan that they can support," Iida said. "We need US support on a specific plan. Then we will go to the other G4 members and negotiate with them."

"We need both the US and the G4 on board to make council reform happen. This is a very difficult task," he said.

While Washington made it clear last year it supported Japan's bid for permanent council membership, it also adamantly opposed the joint G4 bid.

Asked why Japan was not trying to woo China as well, Iida replied: "The US has been forthcoming on UN reform and has supported Japan's bid. This is not the case with China."

In Brazil, Foreign Minister Celso Amorim said that, despite Japan's decision not to join this time, the other three G4 members would continue to consult with Tokyo on the issue.

Germany sees Japan as "straying from the group"

And a German diplomat said Tokyo's G4 partners did not consider that "Japan has strayed from the group. We believe that so far the G4 draft is the best proposal in the sense that it generates the broadest support," she noted. 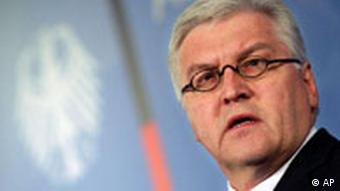 Asked why the G4 as a group was not trying to enlist US support, the German diplomat replied: "We have also addressed the US but so far they chose to speak to the Japanese and that's fine. We see it as a way of burden-sharing. If Japan thinks they can get the US on board, that's great and we would welcome it and we also said we're open to amendments. We are not aiming for a vote in the immediate future. So if these talks generate some positive results, then we might amend the text and broaden the support," she added.

Iida said his government also felt that it would have been better for the G4 to wait for the 53-member African Union (AU) to clarify its own stand on Security Council reform at a planned summit later this month.

Last October, the AU, whose support for the G4 proposal is seen as crucial, renewed its demand for a 26-seat Security Council. Under this scenario, Africa would get two of six new permanent seats with veto power as well as two of five new non-permanent seats.

With Japan's decision to pursue permanent membership on the UN Security Council without its G4 allies, the prospects of Germany joining the big guys in the top UN body are looking less rosy than ever. (Jan. 6, 2006)

Along with Japan, Brazil and India, German Foreign Minister Fischer on Thursday renewed calls for permanent Security Council membership, on the sidelines of the UN world summit in New York. (Sept. 16, 2005)