The James Webb Space Telescope has completed its deployment phase and unfolded its final mirror panel. A successor to the Hubble Space Telescope, it is the most powerful telescope ever built to date. 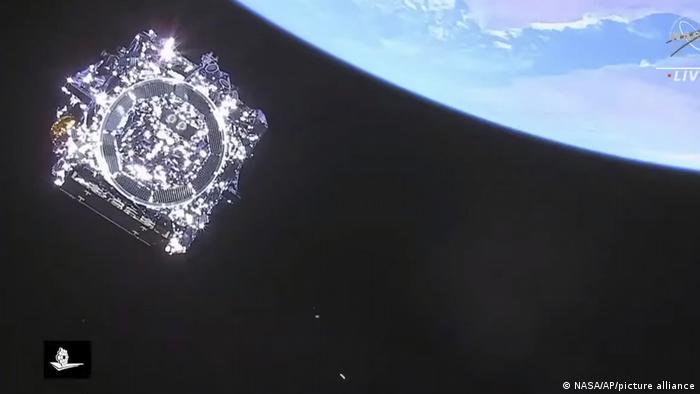 The final mirror of the James Webb Space Telescope has unfolded, but there are still several months of work ahead

At the Space Telescope Science Institute in Baltimore, Maryland, the engineering teams watched the events in space. The telescope will aid them in the study of the history of the cosmos.

People from around the world tuned in as the space telescope unfurled the golden, flower-shaped mirror.

Senior NASA engineer and mission chief Thomas Zurbuchen said during the live feed broadcast online, "I'm emotional about it. What an amazing milestone."

Zurbuchen added, "We see that beautiful pattern out there in the sky now."

Dubbed the golden eye of the space telescope, the mirror is made of lightweight beryllium. All 18 segments of the mirror are coated with an extremely thin layer of gold which is extraordinarily reflective of infrared light.

What is the James Webb Space Telescope?

The space telescope's infrared technology will provide a chance to view the earliest stars and galaxies that formed more than 13 billion years ago. Astronomers hope to glean new insights into the origins of the universe.

The space telescope took off on Christmas Day aboard an Ariane 5 rocket from French Guiana, starting its journey 1 million miles (1.5 million kilometers) into space to its orbital point, known as Lagrange point. It should arrive there within weeks, but nearly half a year of setup is still required.

The space telescope was too big to be transported in a rocket in its operational form, so it needed to be collapsed, like origami, to fit.

Unfolding the telescope has proven remarkably difficult and may be one of the most challenging NASA projects, the US space agency said.

"We've still got work to do," NASA said as the wing of the space telescope moved into position. "When the final latch is secure, NASA Webb will be fully unfolded in space."

The space agency's telescope blog said the unfolding of the mirrors was "the last of the major deployments on the observatory."

What more work is needed to make the space telescope operational?

Final steps to set up the telescope include calibrating the scientific instruments and aligning its optics.

This week, the James Webb Space Telescope also unraveled its sunshield, all five layers of it, in what was considered the riskiest part of the deployment operation.

The kite-like 70-foot (21 meter) umbrella will keep the scientific instruments in subzero shade to be able to pick up infrared signals from the outer reaches of the universe.

The shield will be deployed to protect the space telescope from the light of the sun, the Earth and the moon and can protect it in temperatures up to 230 degrees Fahrenheit (110 degrees Celsius).

If everything goes according to schedule, scientific observation using the telescope can start this summer.