Former 100 meters world record holder Asafa Powell has been banned for 18 months for failing a doping test last June. The suspension, backdated to his failed test, will end on December 20. 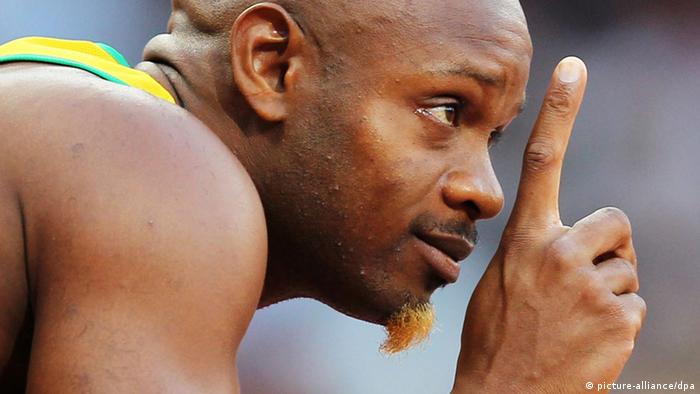 The 31-year-old Jamaican sprinter Powell tested positive for oxilofrine - a substance on the World Anti-Doping Agency's blacklist sometimes found in food supplements - on June 21, 2013. His 18-month ban, issued by the Jamaica Anti-Doping Commission Thursday, will date back to the failed test.

Powell missed last year's world championships as a result of his positive test results. He said in January that his Canadian physical trainer Chris Xuereb provided him with nine supplements, including Epiphany D1. His legal team showed three laboratory reports finding that oxilofrine was present in the product.

Xuereb denied the allegations from Powell's camp, saying the athlete should take responsibility for the failed tests.

Powell set a new world record in the 100 meters of 9.74 seconds in 2008, a benchmark since bested by his countryman Usain Bolt.