The International Monetary Fund has granted Jamaica a much-needed economic lifeline. In return, the island - one of the most indebted countries in the world - needs to get a grip on its rampant public spending. 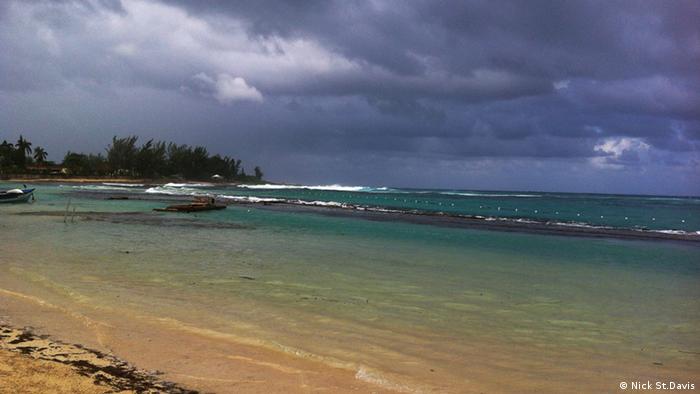 Inside a Cambio (currency exchange - the ed.), as the customers wait in line, the talk quickly turns to the exchange rate. In a country where many depend on remittances sent by family from the US, Canada and the UK the country's sliding dollar is a worry. "It'll soon be J$100 to $1US, watch my words," says an old man; a woman interrupts to add that it won't stop there, as everyone looks at the board showing the exchange rate.

It's a sentiment that's been echoed across the island for months. Since the start of the year the local currency has lost over 8 percent of its value and investor confidence has also fallen but many hope that will change with Jamaica finally signing a deal with the International Monetary Fund.

The executive board has agreed to a loan of $950 million that's an economic lifeline to the country. The island, which is one of the most indebted in the world, that owes some $18 billion, has undertaken a debt swap by local lenders and has promised to tackle tax reform and public spending.

This should unlock millions more in aid and loans from other multi-lateral agencies; but many are wary after a similar loan and debt exchange in 2010 didn't help to improve the economy after key goals weren't meet.

In an upscale neighborhood, members of what's known locally as "Corporate Jamaica" - aka the middle class - sit inside a coffee shop. They see the deal as the best of a bad situation. One office worker told me "without it, we'd be lost," another continues, "we seem to constantly be in this position."

Many Jamaicans have made light of comparisons to Greece and other nations facing austerity measures; "we've been in that situation for the past 30 years," was a comment made by one of my friends here. But the situation for the country is bleak.

In the past 30 years Jamaica's economy has been one of the worst, performing globally at about 1 percent growth per year. The other figures don't look pretty either. 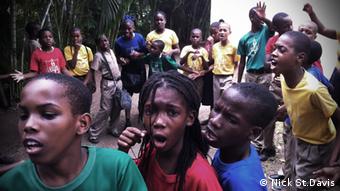 Projections by the IMF up to 2015 estimate it will have the seventh-worst growth in the world. Add to that 17.5 percent of the population living in poverty and unemployment now over 14 percent combined with a debt-to-GDP level of 140 percent, it equals a government that can't afford to spend on its people. Over half of the money that the country earns goes to paying off what it owes, leaving 25 percent on wages and only 20 percent is left to spend on security, health and education.

But despite that Jamaica still keeps its head above water - just.

At the University of the West Indies there's a special day for primary school students to take part in a maths workshops. A group of pupils from an inner city school in Kingston are keeping themselves amused at lunchtime by playing counting games in an impromptu playground, the car park of a fast food restaurant. On the other side of the campus, business students discuss their coursework under the shade of the trees, the country's debt hanging over all their heads.

"It's hard being an economist in Jamaica," jokes Dr Damian King, the Head of Economics at the University, and he blames it on the politicians. "We don't need the IMF, what we need is to identify 3 quarters of a billion US dollars to close the fiscal gap, and clearly our administrations have been unable to organise themselves in the last dozen years to do that so the IMF is providing the financial exoskeleton to make that happen."

The ability to tackle head on many of Jamaica's problems has long been avoided by its politicians. The truth is they've played with the economy, implementing measures designed to win voters rather than growing the economy, ultimately at the expense of the people.

"What's different this time is that there's no more wiggle room. So the government doesn't have any way out of its obligations without causing serious problems for themselves. The entire society has coalesced around this need for growth and structural issues," says Chris Zacca, the head of the Private Sector Organization of Jamaica. 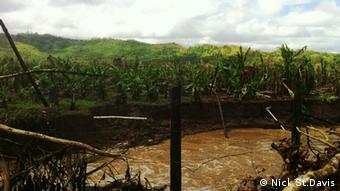 To get the deal with the IMF, the country has had to get the support of local lenders who agreed to a reduction in the interest they get from the government. They weren't happy about getting a "haircut" on their investments but many were resigned to the fact that it was needed and many think this is a last chance for the country. "If we get it wrong this time, we won't be having another conversation like this. We have three or four years to get this right," says Brian Pengelly, president of the Jamaica Manufacturers Association.

The wage freezes have seen many Jamaicans lose out as public sector workers face more years without a pay rise. But is their belief in the government justified by the country having to go back to the IMF for a second time in just over three years?

"We have to start where we are, and that is by a program which gives confidence that we are going to push our debt ratios downwards and that we are going to undertake the structural reforms that enable us to live within our means to secure revenue, to contain our expenditures and to manage an environment that's friendly to the investor community both local and overseas. These are the building blocks to our country going forward," says the country's Minister of Finance, Dr Peter Phillips.

There are a number of major investments in the country to be signed off that have been waiting for the deal with the IMF, offering more stability to their projects. However others have already started looking to the future. A few weeks ago I found myself at the opening of the mobile phone company Digicel's new regional headquarters in downtown Kingston. The Irish-owned company is one of the largest in the Caribbean and the country wants to see more foreign investment like this.

"I'm incredibly optimistic about Jamaica now that it got its deal with the IMF and is restructuring its finances. Once you've got that platform done the next work is to bring in other foreign directors but also get local companies to invest in their businesses and take them outside Jamaica," says Denis O'Brian, the company's CEO. 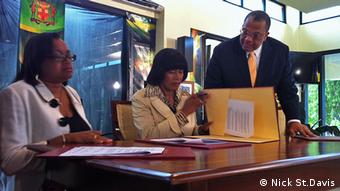 Prime Minister Portia Simpson-Miller has a lot to do

But many are worried that the four-year loan isn't going to fix the underlying problems with Jamaica's economy and some say that haven't heard any answers. "We've been here before; when you have a deal with the IMF it's there to support your balance of payment but that isn't going to grow investment or fix problem areas like crime, energy prices or bureaucracy," says Dennis Chung an accountant and financial blogger on the island.

The high cost of electricity in particular has been seen as a key issue that needs to be addressed as Jamaica's export market remains uncompetitive especially against its oil rich neighbor Trinidad.

But many just hope that the Jamaican dollar stability will be the first step. Because virtually everything is imported into the island, each slide of the dollar sees inflation spiral upwards

They look back at nearly 51 years of Independence and wonder where it all went wrong. In 1962 the Jamaican Dollar was originally pegged to $1.20 it's now worth less than 1 percent of that.

The goal of the loan and the measures taken by the government is to move the debt to 95 percent of GDP by 2020. It's a big ask in just seven years but many now think this is the last chance for Jamaica to move toward the black after decades in the red.

As Egypt heads toward economic crisis, Washington has begun releasing long-stalled financial aid. But members of the secular opposition are concerned that the US may be getting too cozy with the Islamist incumbents. (06.03.2013)