Liverpool supporters are hoping Jürgen Klopp can lead their team to their first ever Premier League title. Ahead of the first leg of their UCL semifinal clash with Barcelona, he told DW why losing is also important. 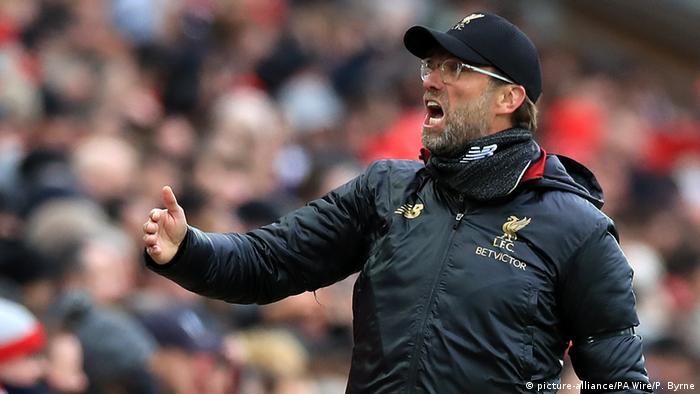 Jürgen Klopp: Yes, impressive isn't it! But we'll see. Barcelona are a pretty good team. I've watched so many games with other teams playing – and losing – against Barcelona, but I have never faced them in a competitive game myself. I've always thought it would be interesting to test myself against them.

But let's not forget, we're not a dream draw for other teams either. I don't think teams get drawn against Liverpool and think: That's a great draw, we can go out and smash them. We are a pretty good football team ourselves and we'll try everything to win.

What's the key to beating Barcelona?

We need to do our defensive work correctly and have the courage to play our football when we get the chance. When they have the ball, you must have a high level of patience and not get frustrated. They will pass the ball around for long periods and you just have to accept that. But then you will have your moments where you have the ball and then you have to be the biggest threat they can imagine.

On Friday night, winning the Premier League is more important.* Then on Wednesday, winning the Champions league is more important. Then at the weekend, the Premier League again. Then on Tuesday, back to the Champions league. So I cannot make that decision. You have to play your best football in every game. But if you ask the fans, it's an obvious answer:  they want to win the league more than anything.

I lost the last six finals I was in. They were hardly the best days of my life, but they didn't make me a broken person or whatever. For me, life is about trying again and again. If only the winners were allowed to survive then we'd all have to go. It's all about experiences and how we use them and what we make of them.

What sets you apart from other coaches who haven't been in as many finals as you?

I'm lucky! When I was at school doing my A-Levels, I won a sports prize. My best friends won the science prize, the language prize and I got a sports prize. And the head teacher said: I hope it works out for you with football, I really do. Because if not, I'm really worried about you!

Otherwise, I think about myself as a completely normal person. OK, I know a little bit more about football than some other people. That's true. But that doesn't make me a special person. It is only luck because 500 years ago, that knowledge wouldn't have helped me, I could have been a jester dancing in front of the king, but I would've slept in the street.

I'm really very fortunate that that my best skill is somehow needed out there. And I appreciate that every single day. I know [field] hockey coaches who work five times harder and earn four percent of what I earn. I'm smart enough not to overestimate that.

But it's not just down to luck. What are your best qualities as a coach which help set you apart?

I have always been very interested in people and that's never changed. The players' problems have changed a lot because of social media and stuff like that. They are under much more pressure. They are still all very young and yet they are judged every day. It's like living constantly in a glass house, because everyone sees everything you do, and every mistake and every failure is judged.

If you are good, you are outstanding. If you are not so good, you are the worst in the world.
There's nothing in between, there's no grey area – there's only black and white. The grey area has disappeared somehow. 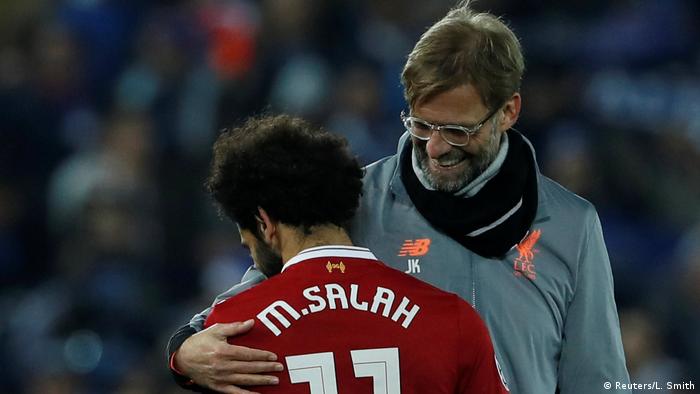 If you win the Champions League, you are the best in the world. If you lose it, nobody cares why. You are not even second best: You are the worst. And the people who say that have never even been close to any final, but they have social media. I'm not on social media so I personally don't hear what people say. But the players use it and they get all that criticism and stick. They're fine with it. They know we are all judged by the outside world.

How do you help your players deal with that?

I listen. I still have a lot of contact with my players from former clubs and they call me up and ask for advice and ask what I think. And I'm happy to listen. I don't make decisions for them but when you listen to people talk, they often then make the decision by themselves. You only have to ask the right questions and the person finds out for himself. That's the best way to do it. Education never stops.

Social media wasn't something you had to deal with when you started out at Mainz. What else has changed since then?

I've got a lot older! But the job changed completely. At Mainz, I was responsible for absolutely everything around the football team – along with Christian Heidel, the sporting director. We had to know everything about the club and make all the decisions but that was the best way to learn the job. We had to do everything, and nobody was really watching it because no-one was really interested in Mainz. I had to learn the hard way and that's what I did.

For what I used to do alone, I now have about 20 assistants. Nowadays, I'm really just the manager of a big coaching staff. And I'm able to do that because I know what all my staff are doing, because I used to do it myself!

Take our fitness department, for example. It's on a completely different level. What do I know about it? A little bit. Do I know everything? No, far from it! But I don't need to know everything. I have an understanding and I delegate. That's what good managers do. I learned everything at Mainz, things I will use for the rest of my life. 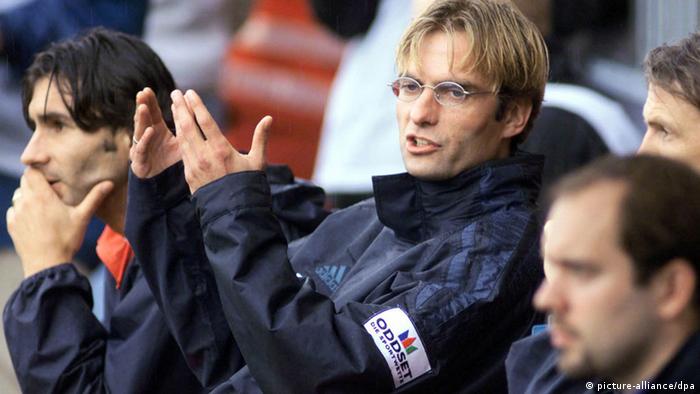 You also work in a different country now and you have been nominated for the German Football Ambassador award. How important is that to you?

I think we're all ambassadors. I think it's important that people in football use their positions positively. Not necessarily in a specific ambassadorial role but as something that occurs naturally.

I always wanted to live in a foreign country. For me, the best thing about living in England as a German is to see that we are so similar and so different at the same time. It's unbelievable. We are not the same, but we are much closer and much more similar than maybe you can imagine.

I love it when people from all over the world come together. I don't like thinking in terms of barriers and that is what I love most about EU – that we can travel wherever we want. I know that it's not always easy or 100 percent perfect but I still love the idea.

Jürgen Klopp, 51, has been the manager of English Premier League club Liverpool since taking over from the sacked  Brendan Rodgers in October 2015. He is still looking for his first title with the club after Liverpool finished runners-up in the League Cup and the Europa Cup in 2015-16 and runners-up in last year's Champions League. In his previous post, at Borussia Dortmund, Klopp won the Bundesliga twice, including the double of league and German Cup in 2011-12. He got into coaching at Mainz, where he finished his playing career. In his first coaching job he led Mainz to promotion to the Bundesliga in 2003-04.Jürgen Klopp has been nominated in the coaches category for the 2019 German Football Ambassador award, which is to be presented by German Foreign Minister Heiko Maas at a ceremony in Berlin on May 15.

*[Liverpool beat Huddersfield 5-0 on Friday. The interview was conducted before that match was played.]