Polls have closed in parliamentary elections in Ivory Coast, where two former presidents are seeking to keep the allies of the current leader, Alassane Ouattara, from claiming "absolute power." 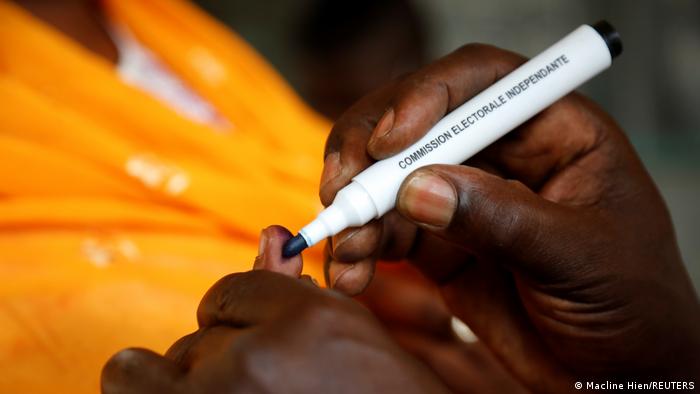 The vote is seen as a test of stability

Ivory Coast citizens went to the polls to vote for a new parliament on Saturday, in the first election since an outbreak of deadly violence in October.

The former French colony, which is the world's top cocoa producer, faced a deep political crisis when President Alassane Ouattara announced he would be seeking a third term last year. The opposition boycotted the presidential vote on October 31, allowing Ouattara to claim a landslide victory, but at least 85 people lost their lives in the unrest. "The fact that all major parties are participating in this election is a development that confirms the democratic momentum in our country," President Ouattara said after casting his own ballot.

The 79-year-old faces a combined challenge from two former presidents — Laurent Gbagbo, who was ousted by Ouattara in a 2011 war, and Henri Konan Bedie, who was overthrown in a military coup in 1999.

Bedie had been backing Ouattara until 2018. Gbagbo's left-leaning EDS coalition and Bedie's center-right PDCI have claimed their goal is to prevent the president and the ruling RHDP party from "consolidating absolute power."

The Saturday election also marked a return to the stage for Gbagbo, who had left the country to face war crimes charges before an international tribunal. He was acquitted in 2019.

After a decade under Ouattara, opposition leaders are struggling to show they are still relevant, according to political analyst Ousmane Zina.

"Their credibility is at stake because in the event of defeat, the opposition will be reduced to nothing, and risk dividing further, and this can only benefit the party in power," Zina told the Reuters news agency.

What do the voters say?

Ouattara, who formerly served as a senior executive for the International Monetary Fund, is pursuing a policy of attracting foreign investment and cutting down on bureaucracy. However, not everyone is impressed with his rule.

"We're tired. We don't have much to eat," a 43-year-old businesswoman told the AFP news agency in the country's economic capital of Abidjan.

"In my neighborhood we don't have water and that's why I came to vote. So that it changes," she added.

At the same time, a hairdresser in a RHDP shirt said she was voting to end "endless" squabbles between her compatriots.

"We are voting for peace," she told the agency.

Official results of the parliamentary vote are expected on Sunday.

In an unexpected announcement, Prime Minister Patrick Achi and his Cabinet have tendered their resignation. The leader of Ivory Coast's government had held the job for a little over a year.