'It's important to look at the broader picture' of climate change

Countries and cities most at risk for being affected by climate change should not just improve their extreme weather detection systems, but also invest in insurance and infrastructure, says UN-researcher Jörn Birkmann. 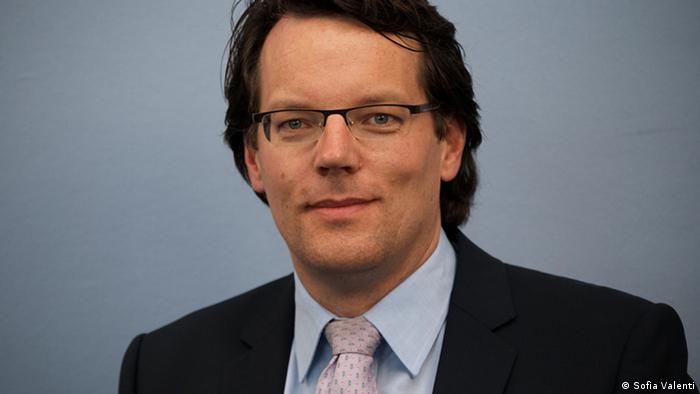 The United Nations University in Bonn has released its annual World Risk Report. There are a few changes in the 2014 edition - and important lessons to take away, head researcher Jörn Birkmann told DW in an interview.

DW: What is the purpose of the world risk report and what does it measure?

Jörn Birkmann: The World Risk Report tries to provide a global overview of countries and their level of risk. And we're measuring risk in terms of two different components. One is actually the exposure to national phenomena like extreme events and the other one is the societal vulnerability.

Which countries does the 2014 report indicate are most at risk and what are the reasons for this?

In the 2014 edition, we tried to look at risk on a national-scale resolution and risk in urban areas, because often urban areas are seen as risk hotspots. For the World Risk Index at the national-scale resolution, it's particularly Vanuatu, the Philippines, Tonga, Guatemala and Bangladesh who rank highest in our risk score due to a high exposure to natural phenomena -for Vanuatu, its sea level rise, for the Philippines cyclones - and a high social and societal vulnerability.

The urban cluster is a bit different. Here it was somehow surprising for us that Costa Rica, the Philippines and Chile are the countries with the highest score. And in terms of the urban risk, we were surprised that for example the level of urbanization, so how many people are living in cities, is actually not as important as the question of how fast cities are growing. So there are a lot of countries where the urbanization level is actually rather low, but at the same time you find a lot of rapidly growing cities there. The vulnerability of these urban areas is very high.

Why is that? Why does fast urbanization increase the risk of exposure to natural disasters and climate change?

We have a lot of urban areas, which are exposed to different extreme events or creeping events like sea level rise. Australia and the United States are ranked among those who are highly exposed. However in these urban areas, the degree of preparation for extreme events, like early warning systems, insurance coverage, social protection regimes and income structures, are still quite good, compared to countries where you have a low level of urbanization, but cities that are growing rapidly. There, you have a lot of informal settlements and the infrastructure provision can't meet the demands.

Take Nigeria and Lagos, a large city in Africa. Here the actual resources of the country and of the city do not meet the demands, for example with access to health infrastructure or access to sanitation and piped water. Or governance indicators: we're seeing with the phenomena of Ebola, for example, that these kinds of crises or hazards cannot be sufficiently managed or coped with. And this gives us the indication that not only the exposure to an extreme event is important, but also the capacity of an urban society to deal with it.

What are the main contributing factors you consider to determine how at risk a city is to climate change and natural disasters?

We're asking how the urban area compares to rural areas when it comes to exposure to extreme events. Many cities around the world are actually situated in low-lying coastal areas or flat planes, because there were connections in former times and definitely also benefits for cities in coastal areas in terms of trade connections. And then we're trying to compare not only the physical exposure to natural phenomena, but also, as I said, the resources people living in these cities have to cope and adapt to environmental hazards: is there sufficient capital, are people sufficiently educated to develop prevention measures and adaptation measures. 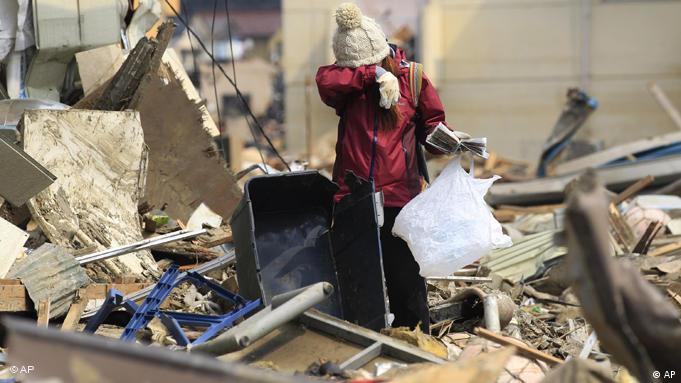 Japan was devastated by a tsunami and earthquake in 2011

What were the top five countries at risk?

In terms of the urban cluster, it's definitely Costa Rica, the Philippines, Chile, Japan and Jamaica. Here we were a bit surprised that Chile and Japan, which are actually developed countries, rank so high in the Urban Risk Cluster. Chile and Japan are both coastal countries with long coastlines and a lot of their cities are exposed to sea level rise or earthquakes.

In terms of the overall World Risk Index, so looking at the country-level including rural areas, also Vanuatu, Philippines, Tonga, Guatemala and Bangladesh are the countries at highest risk. They display a combination of factors. For example Vanuatu is an island state, but also has a high vulnerability and a low level of coping and adaptive capacity.

How can governments reduce the risks of climate change and natural disasters?

I think our index really shows that it's important to look at the broader picture. What we have often seen is that governments are responding to extreme events as something that comes from the outside. So you need better early warning systems, you need a better detection of hazards, of cyclones and so on. This is all needed, but I think our index clearly shows through the analysis of vulnerability that you also have to invest in how people can prepare themselves for these extreme events. Examples can include insurance regimes, social protection, access to education, access to basic infrastructure and improvement of slum areas.

But how do we address that if these countries don't have much money?

There are huge funds actually to fund countries' activities for adaptation. And here I think we should be broader. We should not just finance weather radars, but also social protection regimes and should maybe support local and regional initiatives for a better government structure and development process.

The UNU has released the report today. What happens next?

We as a bridging institution are also asked to contribute to different policy processes, for example to the monitoring or discussion of sustainable development goals. Here we try to bring in our expertise and say that it's not enough to just look at fatalities, but that we have to monitor and assess the broader picture. We also try to bring in our research to cooperate with institutions at the local and national level to overcome this narrow focus of just managing extreme events to actually managing risk.

Jörn Birkmann is the lead researcher at the United Nations University in Bonn and the scientific director of the World Risk Report 2014.

The interview was conducted for DW by Charlotta Lomas.

Nick Nuttall, spokesperson for the UN Framework Convention on Climate Change, tells DW how religious groups are increasingly fighting climate change and how that might have a bigger impact than you'd think. (10.10.2014)