Tensions in Italy's populist coalition have been threatening to boil over for months. Now, the far-right interior minister says snap elections are the only way forward. 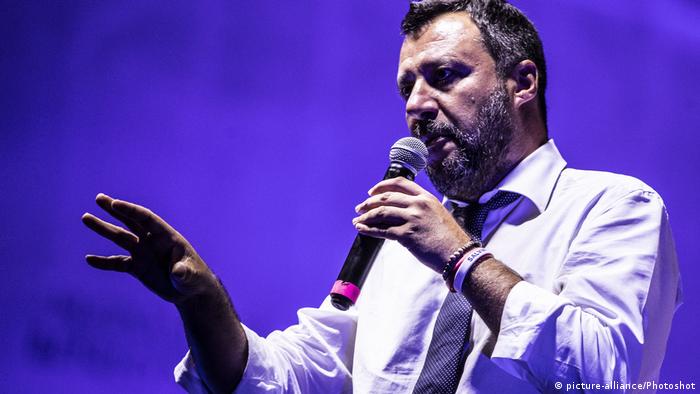 Italy's populist government may be on the brink of collapse after far-right Interior Minister Matteo Salvini said on Thursday that his right-wing party was considering fresh elections.

Salvini said he told Prime Minister Giuseppe Conte that the coalition between Salvini's far-right League party and the anti-establishment 5-Star Movement had collapsed and "we should quickly give the choice back to the voters."

PM calls on Salvini to justify himself

Conte, however, seemed irritated at Salvini's increasingly bold attempts to lead the government by himself.

"It is not up to the interior minister to convene parliament or fix the agenda of a political crisis," Conte said, blaming Salvini for the turmoil.

"He must ... justify to the voters who believe in the promise of changes, the reasons that have led him to interrupt early and abruptly the work of government," Conte added.

Earlier on Thursday, the League issued a statement complaining about the issues with its governing partner, saying that "it is useless to go on." The statement added that "the only alternative to this government is to give the word back to Italians with new elections."

"We are ready, we don't care in the least about occupying government posts and we never have," Di Maio said in a statement.

Salvini, who is also a deputy prime minister, said that Italy's parliament could be re-convened next week to launch the necessary steps, upping pressure on Conte to call a vote of confidence.

Conte, who is not affiliated with either party, held a series of talks on Thursday in a bid to keep Italy's government intact. The ultimate decision to hold snap elections would lie with Italian President Sergio Mattarella. 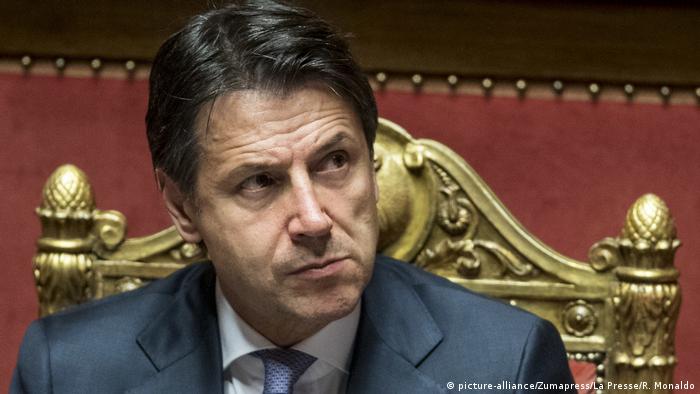 The latest rift between the coalition partners was sparked by a dispute over a European Union-funded high-speed rail project that would run between the Italian city of Turin and the French city of Lyon.

On Wednesday, 5-Star Movement lawmakers voted to block the multi-billion-euro project in parliament, arguing that it was too costly, unnecessary and bad for the environment.

The motion was later thwarted by the League who convinced enough members of the Senate to keep the project going. Salvini backs the project, saying it would boost economic growth and create jobs — particularly for his supporters in northern Italy.

The 5-Star Movement won the most seats in Italy's lower house of parliament during the 2018 elections, but has since seen its popularity drop off. The party is currently polling in the region of 17%, around 15 percentage points lower than last year, while Salvini's League has held steady at around 38% support.

The government has repeatedly been on the brink of collapse since it was formed just over 14 months ago. The two parties have clashed on a number of issues, from basic income to more autonomy for states.