Italy's top court ruled against a law that would tighten restrictions on religious architecture. The statute was seen as an attempt by anti-immigrant politicians to ban the construction of mosques. 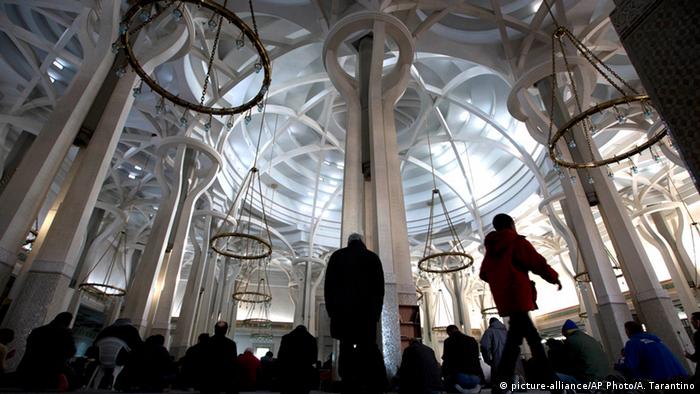 The country's highest court threw out a regional law on Wednesday that had been criticized as an "anti-mosque" measure.

The law, which had been drawn up by the anti-immigrant Northern League party and passed in the beginning of 2015, tightened rules on religious architecture in the wealthy region of Lombardy, stipulating that places of worship had to conform to the "architecture of the Lombard landscape."

In addition, the law specified that the religious affiliation of the building had to be officially recognized by the state - which Islam is not.

Following the court's nullification of the law, members of the Northern League took to Twitter to express their anger.

According to the AFP news agency, there are only six official mosques in all of Italy, with most Muslims praying in small, make-shift areas that have been dubbed by the media as "garage mosques."

Italian Prime Minister Matteo Renzi has weighed in on the debate over a headmaster banning a Christmas concert at his school in northern Italy. Renzi called the headmaster's interference "a very big mistake." (29.11.2015)

Slovakia 'will only accept Christian refugees'

Slovakia has said it will only accept Christian refugees under an EU relocation scheme. The country, due to receive 200 people under the EU plan to resettle 40,000 new arrivals, says Muslims would not feel at home there. (20.08.2015)

At least one person has been killed after a massive explosion occurred in front of the Italian consulate in the Egyptian capital, Cairo. An online claim of responsibility signed by "Islamic State" has begun circulating. (11.07.2015)