Italy’s extreme right-wing on the rise

Italy’s right-wing extremism is deeply ingrained within civil society. Supporters are not only found in neo-Nazi groups but also in conservative clusters of the population. 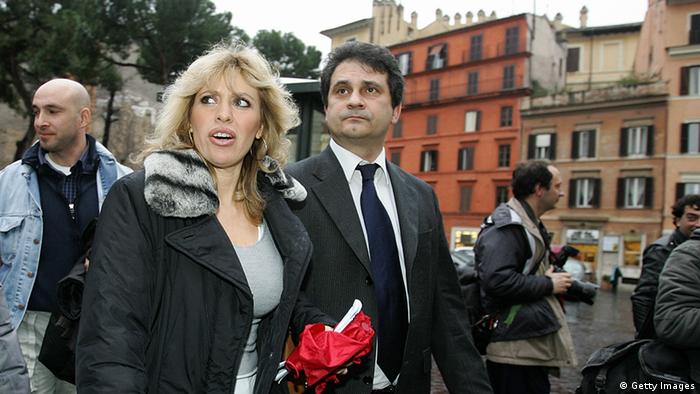 Milan's Piazza Loreto is a traffic hub, a roundabout with a patch of grass in the middle. It's not very pretty, but all Italians know the spot from World War II. It's where resistance fighters hung the corpse of fascist dictator Benito Mussolini. But since then, Mussolini has re-appeared - time and again he appears near the top of lists ranking Italy's greatest statesmen.

Mussolini supporters can not only be found in neo-Nazi groups but also in conservative clusters of the population. Tommaso Pini is just one of the many Mussolini supporters. The fruit and vegetable retailer at Milan's Piazzale Loreto believes that Italy was a safe country with clear rules under the fascist regime, which, according to him, is what is badly needed today.

"Today everything is going haywire here in Italy," he told DW. "You get harassed by beggars and pickpockets wherever you go. Back when Mussolini was in charge women could go outside without being molested."

Tommaso Pini is wearing jeans, a dark-blue jacket, shiny leather shoes and rimless glasses. He doesn't look like one of the right-wing rowdies who have converged on Milan, Verona and Rome. But when it comes to his ideology nothing separates him from the sympathizers of neo-fascist groups. 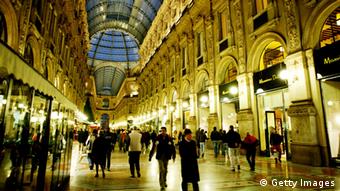 Next to Verona and Rome, Milan is a center for right-wing extremists

"They do a lot of good for families with little income here," a man from the neighborhood said about the members of a Roman neo-Nazi center. The center is officially a meeting place without ideological background but it's an open secret in Rome that supporters of the Italian division of the neo-Nazi network "Blood & Honor" - which was founded in Great Britain - is hiding behind the cultural center.

Roman members of the network disguise themselves as pretended family-friendly social conservatives. But in order to see how extreme this group really is, a quick Internet search is all that's needed. On their website they call for "keeping the Italian people pure" and threaten foreigners, homosexuals, and left-wing liberals with violence.

In their center, however, they offer normal leisure time activities and complimentary childcare, filling in where the state is missing. The ongoing economic crisis and increasing unemployment have let families from Italy's middle-class drift into poverty and it's easy to assume that this trend has given right-wing extremists a boost because they offer simple solutions. 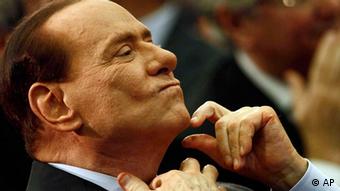 No difference between right-wing and extreme right-wing

They have contacts deep within the civic middle class, also thanks to personal friendships. For instance, Rome's former mayor Gianni Alemanno is married to the daughter of a well-known neo-fascist. Their son is leading an extreme right-wing student movement. That's one of the ways in which extreme right-wing organizations have received financial support from communities that were led by non-extreme politicians in the past.

It seems like while the line between the right and extreme right is increasingly blurring, the political middle is also shifting more and more to the right. Former government head and leading figure of the right-wing faction, Silvio Berlusconi, might have played a part in this shift by calling Mussolini's politics not inherently bad. According to Berlusconi, Mussolini had made the mistake of uniting with the German Nazis, but apart from that he did a lot of good.

Not coping with the past

In Italy, fascism was in power for more than 20 years. Dictator Mussolini ruled between 1922 and 1943, but Italian society has not yet fully come to terms with its dark past, according to Swiss historian Aram Mattioli, who has been researching Italian fascism for years. The gruelling Mussolini regime is still being downplayed as a "mild dictatorship," he said. 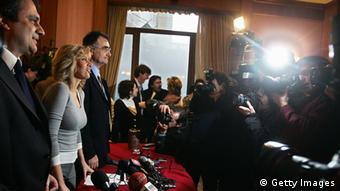 Alessandra Mussolini made it into parliament

"Fascist Italy was the closest ally of Nazi Germany and is guilty of many horrid crimes," he said. But according to Mattioli, these crimes have been deleted from the collective memory. "Instead," he said, "the final phase of World War II, in which Italy was occupied by Nazi Germany and was thus a victim itself, is put into the center of the remembrance discourse."

But looking at Italy's political past, one might say that the fascist mindset never really disappeared. In 1946, Italy already had a new right-wing party, the neo-fascist "Italian Social Movement" (Movimento Sociale Italiano - MSI). In 1995, the party performed an ideological transition, called itself "National Alliance" (Alleanza Nazionale - NS), officially breaking away from fascist ideals and even making it into government.

However, many of their members didn't follow the new line and founded smaller extreme right-wing factions. One of these factions, the "Social Action" (Azione Sociale - AS) was led by Mussolini's granddaughter Alessandra, until the small party was merged with Berlusconi's "The People of Freedom" (Il Popolo della Libertà - PdL) party.

Since then Alessandra Mussolini, who doesn't make a secret out of her pride for her grandfather, is sitting in the Italian parliament for the conservatives. So far no one has demanded a renunciation of her fascist ideals.

Before election, Italy slides to the right

As Italian elections draw near, the economic crisis is providing a breeding ground for far-right and extremist politics. DW examines how feelings of anger, frustration and racism are spilling over into politics. (14.02.2013)

Could Silvio Berlusconi's sentence at Italy's highest court on Thursday bring the Italian government to its knees? His supporters talk of "civil war" if Berlusconi is not allowed to continue practicing politics. (05.08.2013)