Italy's president has testified at a trial in which the state stands accused of cutting a deal with the Mafia. The accusation stems from the 1990s, when two magistrates were killed in bombings. 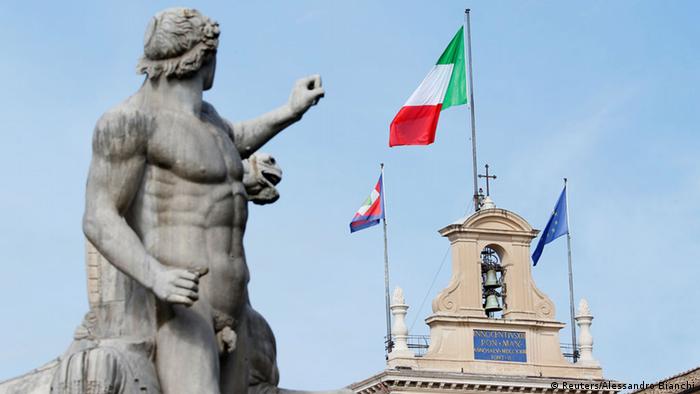 President Giorgio Napolitano faced about three hours of questioning by prosecutors and lawyers at his Quirinale palace in Rome on Tuesday.

Following the session Leonardo Agueci, one of the prosecutors who questioned the president, told Italy's ANSA news agency that the head of state had responded "with the greatest transparency and composure."

The president's office issued a similar statement, in which it also noted that Napolitano had not invoked his constitutional right to remain silent. It also urged the Palermo court hearing the case to quickly release a full transcript of his testimony, which was given behind closed doors.

Prosecutors had been keen to find out what Napolitano knew about an alleged "nonaggression pact" reached between senior politicians, police chiefs and Mafia bosses in the 1990s. They allege that the Italian authorities and the Mafia had reached a deal to stem mounting violence after the magistrate Giovanni Falcone, his wife and three body guards were killed in a bombing in 1992.

Napolitano was the president of the lower house of parliament at the time the alleged talks are thought to have taken place. In a letter to the court last year, the president,who is not accused of any crime, denied having any useful knowledge about the alleged deal.

Following Monday's trial, a lawyer for the jailed Mafia boss Salvatore Riina, who was present at the hearing, said the president told the court that he "had been a spectator to the events (in 1992-93) and nothing more."

The trial is expected to last for at least two more years.

The Mafia Threat: How Criminal Gangs are taking over Germany

Anyone who thinks of the Cosa Nostra is likely to have Sicily, the Mafia and vigilante justice in mind. But few people realize the criminal organization has now gained a foothold in Germany. (31.07.2014)