Italy's government has announced it is prepared to sell the Italy's flag carrier after workers rejected its latest rescue plan, making it impossible for Alitalia to secure funds to keep its aircraft flying. 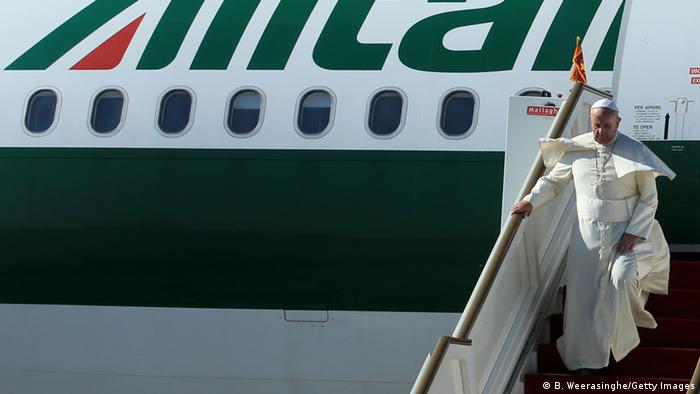 Italy's transport minister Graziano Delrio said on Wednesday that Alitalia would be sold to the highest bidder, noting that Germany's biggest airline, Lufthansa, was especially invited to make an offer for the airline.

"Somebody believed that there would have been yet another public rescue. I will say it clearly: there will not be one," he told the La Stampa newspaper.

Alitalia is edging closer to bankruptcy since employees rejected a rescue plan based on deep job and wage cuts as they were banking on an alternative plan from the government.

Asked about the possibility of Lufthansa, Europe's largest airline, taking over the ailing airline, Delrio said: "There are no obstacles, but it is up to shareholders to take decisions. The ball is in their court."

Italian press reports have repeatedly speculated about a Lufthansa bid, but the German firm has not expressed any interest publicly.

Bridge loan to keep it flying

Alitalia has been bailed out by Italy and private investors repeatedly over the years but Italy's industry minister ruled out nationalization and public funds for the carrier.

The airline has made a profit only a few times in its 70-year history and is costing its shareholders, including majority owner Abu Dhabi's Etihad Airways, at least 500,000 euros ($544,000) a day more than it earns.

After a board meeting on Tuesday, the airline said it would "start preparing the procedures provided by law," including shareholder approval to request the appointment of a special administrator.

"It is not an option but a must," a person familiar with the talks told the Reuters news agency, adding, "The board ... can only do what it has to do."

In another interview, industry minister Carlo Calenda - who brokered negotiations on the rejected rescue plan - said the government would only be prepared to offer Alitalia a six-month bridging loan worth between 300 and 400 million euros. The funding was intended to keep Alitalia's flight operations going until a new owner had been found, he told the Radio 24 broadcaster.

According to a source from within the company cited by Reuters the airline had sufficient funds to keep flying for "a matter of weeks, two to three weeks."